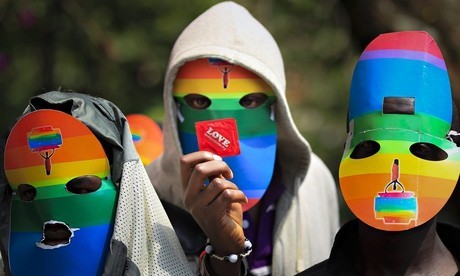 The new legislation, the Prohibition of Unnatural Sexual Practices Bill of 2014, is harsher and even more extensive than the recently nullified Anti-Homosexuality Act.

The Anti Homosexual Act (AHA) was passed by parliament last year and signed into law by Ugandan president, Yoweri Museveni but was later declared null and void by the nation’s constitutional court due to a lack of quorum when the bill was passed. As a result, new legilisaltion is set to be introduced into Uganda’s parliament within the next few days.

The US based GLBT organisation, Human Rights Campaign says that the new bill is harsher and even more extensive than the original AHA. ‘The AHA focused on prosecuting individuals for practicing or abetting homosexuality. The new bill is much broader, prohibiting any attempt to promote LGBT rights and sentencing anyone found guilty of promoting LGBT rights to up to seven years in prison.’

Just like in countries such as Russia, the passage of anti gay laws has also increased the level of violence many in the community face. According to The Guardian, a report compiled by Sexual Minorities Uganda revealed that attacks against the LGBT community increased tenfold in the months following the passage of the AHA late last year.