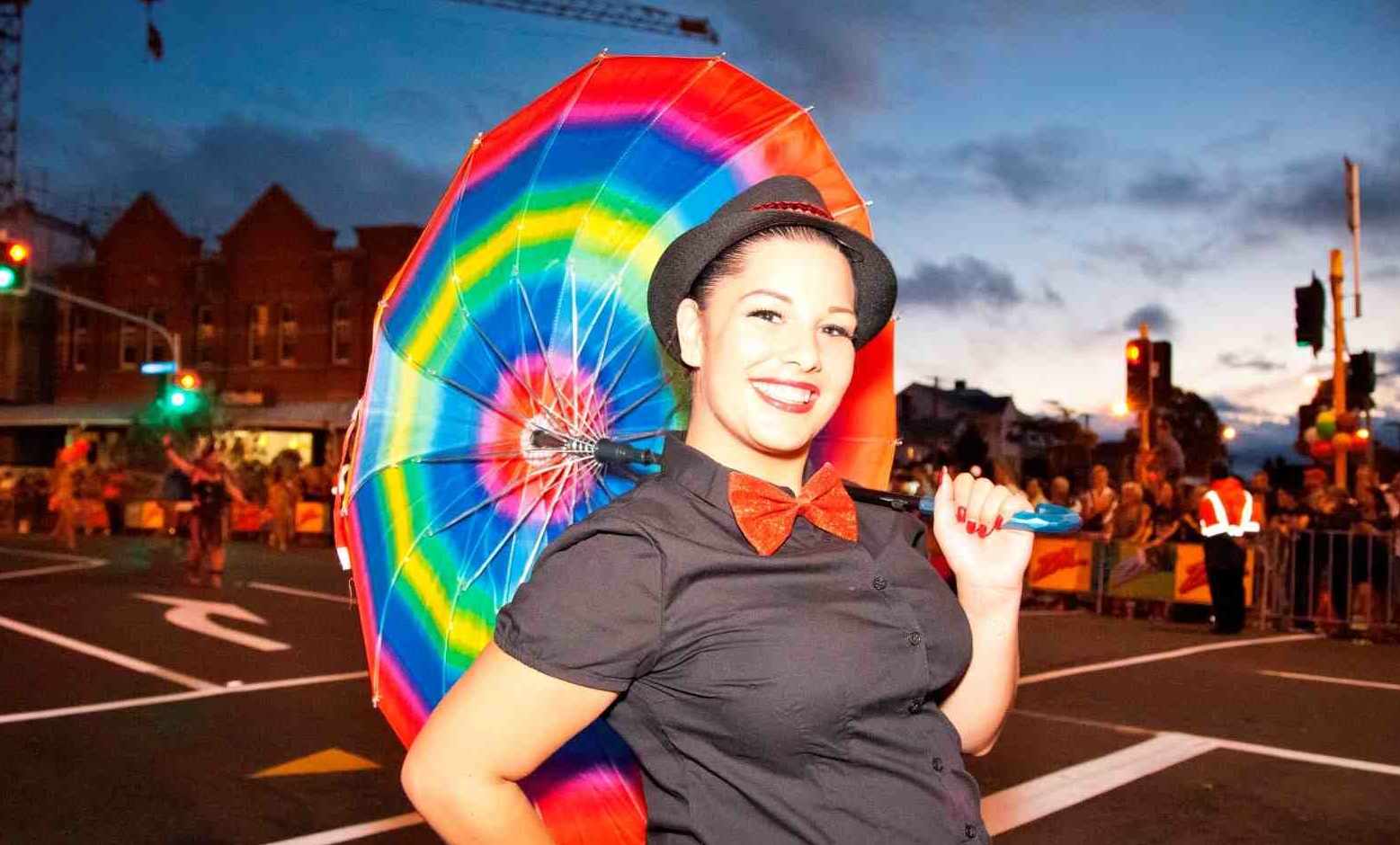 “The 2015 Auckland Pride Festival and Parade is on-track to be our biggest and most successful to date.”

“We have received a record number of Parade float applications, including entries from outside of Auckland. Rotorua’s Chamber of Pride entry is certainly one to watch. Led by TV personality Tamati Coffey, Rotorua’s float has around 40 plus participants representing the Rotorua legend of Hatupatu and Kurangaituku (“the Birdwoman”).

The Festival is also breaking records. Pride has added an extra week to the Festival’s duration to accommodate the growing number of performers. The Festival now runs from 6 February 2015 to 1 March 2015. Julian Cook has been instrumental in the Festival’s success and we are grateful for his creative contribution.

As many will know, the Festival and Parade require significant annual funding. While a good profit was achieved last year, the board is continuing to build relationships with key sponsors to secure consistent funding for the future. As a volunteer organisation, we have identified that professionalism and business acumen are key to our on-going success. As such, Pride is transitioning to a more effective model to support our rapidly growing organisation.

In July, we appointed Linda Heavey as Pride’s Executive Officer. All board members voted in favour of her appointment (except a co-chair that abstained). The vote was recorded in Pride’s July minutes and subsequently confirmed as correct by then board member, Lexie Matheson.  Since Linda’s appointment, Linda has increased community engagement and furthered Pride’s internal policies and procedures. She has also temporarily assisted the board with the treasurer role following Lexie’s departure.

The board thanks Lexie for her services to Pride and her work in directing the 2014 Pride Opening Gala. Lexie will be replaced by inaugural board member, Richard James, who has volunteered to reassume his role as Pride’s treasurer. Richard is an experienced accountant and independent director. He is well known in our community and was recently awarded a GABA life membership.

We have so much more exciting news to share with our community and stakeholders in the New Year. In the meantime, we wish you all a Merry Christmas and all the best for the festive season.”