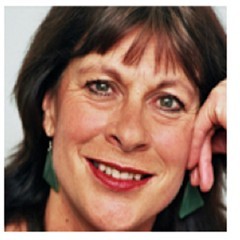 To make a dead woman alive again through her words is the gift Catherine Downes gave her full audience at Tiny Theatre in Westmere’s Garnet Station last week.

Over her three decades in the business, Downes, a noted lesbian theatre director and actor, has frequently presented Katherine Mansfield’s work.

Through her transforming acting power, Downes delivered Mansfield’s words as if they were fresh from Mansfield’s mouth, putting Mansfield ‘in the room’.

Talking of Katherine Mansfield mixes Mansfield’s writing with entries from her diaries and journals. Mansfield’s intense, vivid prose shows the innate cruelty of NZ’s class system in the early 1900’s, the unfeeling experiments of war, or the limpid brilliance of a summer dawn without mentioning either cruelty, class system, war, or dawn.

Dealing only with the writing gives a sometimes unfinished view of bisexual Katherine Mansfield whose first lover probably was Maata Mahupuku (“I want Maata – want her as I have had her, terribly”) and the indomitably present Ida Baker, devoted to KM for most of KM’s life.

But to do that would rob us of Mansfield’s gift to us – her words.