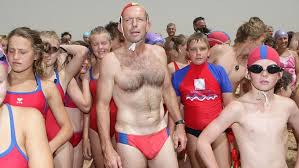 Australian Prime Minister Tony Abbott has again poured cold water on the latest attempt to allow coalition MPs and senators a conscience vote on the issue of marriage equality.

However that appears to be unlikely, even though Tony Abbott said prior to the last federal election that he would allow his party room to decide if to allow a conscience vote or not.

“Normally, opposition private members motions in the Senate are dealt with without a vote (in the party room)

“Now, if this one is different, well, obviously the party room will consider it.

“But if is dealt with in the normal way, it won’t actually come before the party room.”

If coalition MPs were to be granted a conscience vote, a bill to legalise same sex marriage would most likely pass into law, given the Labor party does allow for a conscience vote on the issue.