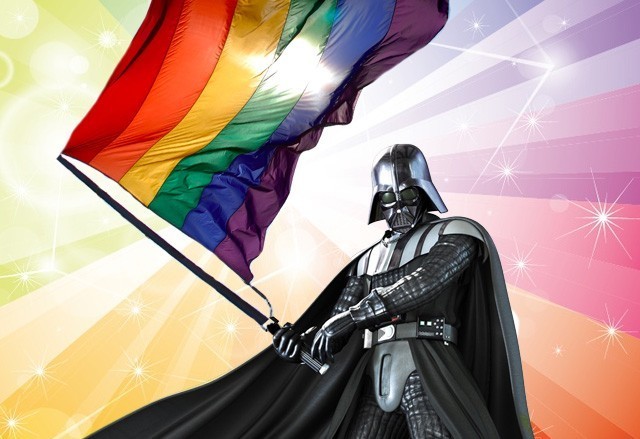 Moff Mors will be the very first GLBT character to be included in the Star Wars universe. University of Auckland Professor Katherine Sender spoke to express about the importance of the new inclusion.

According to the sci-fi website Big Shiny Robot, the upcoming novel “Lords of the Sith” will feature a capable but flawed Imperial official named Moff Mors who “also happens to be a lesbian.”

The character is thought to be an Imperial – working alongside the likes of Darth Vader and the evil Emperor – in a bid to conquer the galaxy and destroy the beloved Jedi Knights.

Moff Mors will feature in the expanded universe series, in a new book written by Paul S. Kemp entitled ‘Lords of the Sith.’

Professor Katherine Sender from University of Auckland’s Film, Television & Media Studies department says that the introduction of a lesbian character is long overdue. “it’s about time already. Given how much other kinds of diversity there has been in the Star Wars universe, it’s really a little shocking that gay people haven’t been a part of that. I’m sure many of their fans will be extremely pleased to see this finally.”

Sender notes that Star Wars is a little behind on inclusion of gay characters and says that Star Trek and other science fiction franchises have historically been much more inclusive. Professor Sender puts the Star Wars delay on GLBT inclusion down to it being a film based franchise.

“Film making is a much more expensive and risky enterprise than television, so I’m wondering if there was more concern about being seen as ‘pro gay’ because of the risk of alienating large audiences in terms of film. but I think those days are over. That might have been an issue in the 1980’s but I think by now it’s long overdue.”

On the question of whether or not the introduction of Moff Mors is merely a gimmick, Professor Sender says that “Sometimes gay characters are used as sensational things to get some attention and it’s not done well or in a sustained way. I guess we have to see whether the franchise will be courageous about including Lesbian, Gay, Bisexual, Transgender, queer people in general and throughout their narrative.”