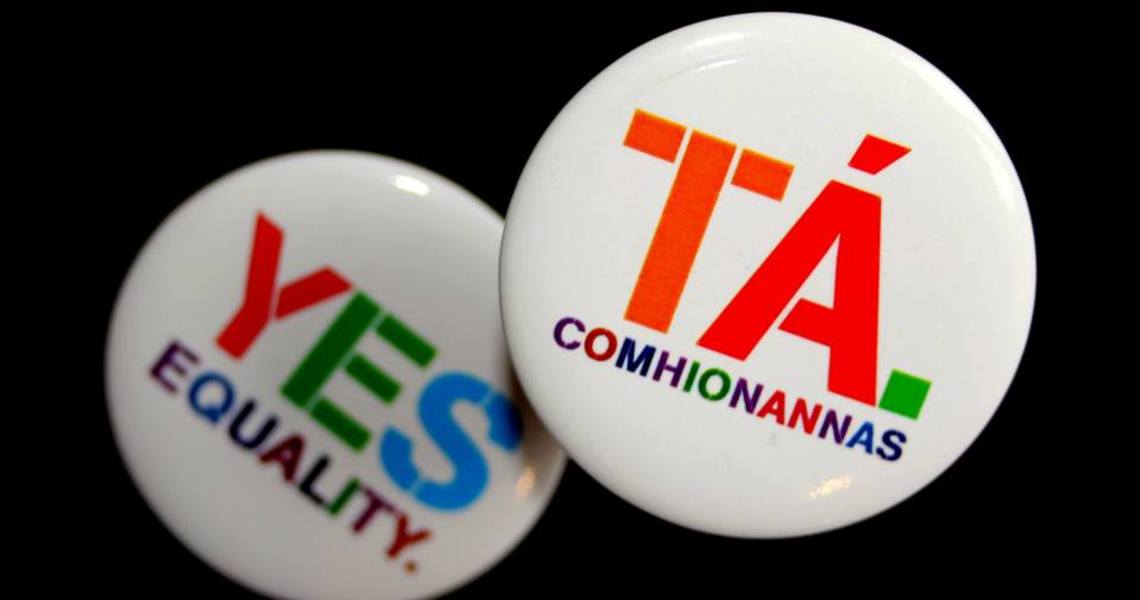 Polls will soon open in Ireland, where voters will take part in a referendum on legalising same-sex marriage. Meanwhile, one long time campaigner for equality has predicted that the yes vote will win, thanks to the support of the Irish working class.

The people of Ireland are about to head to their local polling booths to decide whether or not the island nation will become the first country in the world to pass same sex marriage by a referendum.

Polls show the country is on the verge of passing equal marriage rights, however Yes activists are concerned with the last minute push from those on the conservative right, which has received backing from the powerful Catholic Church as well as christian fundamentalists from the United States.

Irish expat and Unite Union organiser Joe Carolan who has been following the campaign back in Ireland closely spoke to express and says the No campaign has become increasingly nasty as polling day draws closer.

Carolan says the no camp are “trying to confuse the issues. They’re trying to bring in issues around children and adoption. It’s absolutely disgusting.”

“They’re running a homophobic campaign. They won’t get away with attacking gay people themselves, but we know that’s the target of their hate. Instead they are using children and adoption as a way to undermine the campaign for marriage.”

“The last organisation in the world that should be accusing anybody else of jeopardising children’s safety is the Catholic Church. Its obnoxious that organisation would start attacking gay people.”

Carolan notes that there seems to be something of a class divide on the issue, with the working class and left supporting marriage equality in greater numbers than their more affluent countrymen. “What’s particularly interesting is that the yes vote appears to be the strongest in working class areas. That’s testimony to the union movement and the parties of the left who have been strong of this issue for decades.”

Carolan is confident the yes vote will carry the day however and attributes that to the high levels of support amongst working class voters. “This issue of justice and equality has been won by the working class. The numbers are with us.”

The last poll before today’s vote published by The Irish Times showed 58% planned to vote in favour of the measure compared to 25% against and 17% undecided.