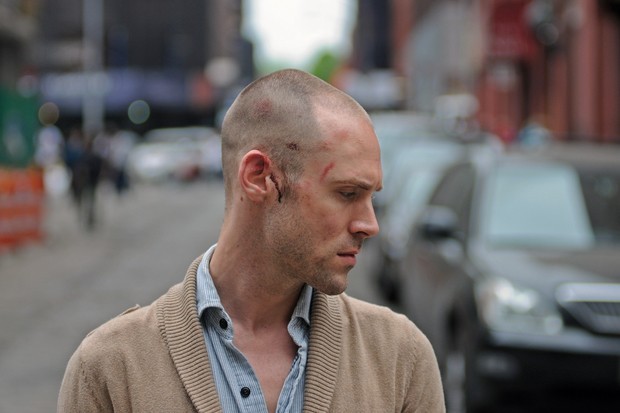 A vicious homophobic attack on a gay couple at a restaurant in Manhattan has been caught on camera.

Jonathan Snipes, 32, and Ethan York-Adams, 25 were at a Manhattan restaurant to celebrate Cinco de Mayo when Snipes received a text message informing him there was a death in his family. In haste, he quickly departed the restaurant and knocked over a drink in the process, which drew a reaction from a table nearby.

“A table near us audibly started making pretty gross comments about the two of us like, ‘White faggots, spilling drinks,'” Snipes told New York Magazine DNAinfo

Snipes said he approached the diners about the antigay slur, at which point a man stood up and began to attack him, knocking him to the floor, kicking his head and spine, and shouting, “Take that, faggot.” Snipes said his head was bruised and one of his teeth were knocked loose in the attack.

After the initial assault, York-Adams helped his partner to a table, but then another man came up from behind and hit them both with a chair.

A YouTube video of the incident shows a crowd of people shouting and attempting to restrain the attacker, who exits the Eighth Avenue restaurant after throwing the piece of furniture.

Police are currently investigating the incident. No arrests have yet been made.