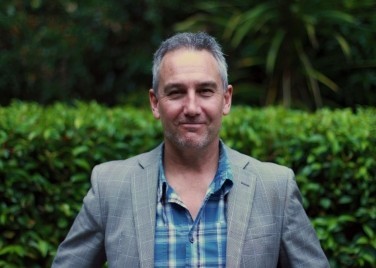 NZAF Executive Director Shaun Robinson speaks to News Editor Levi Joule and responds to community criticism that the NZAF is not doing enough in light of the report which has shown HIV in New Zealand is on the rise.

The NZAF’s Executive Director Shaun Robinson has commented on criticism that the NZAF isn’t doing enough to combat HIV in New Zealand.

The AIDS Epidemiology Group, based at the University of Otago released it’s 2014 report on Thursday which showed HIV on the rise in New Zealand with the highest number of people infected since 2008. The report revealed that there were 217 newly reported cases of HIV in 2014, with 86 being men who had contracted it in New Zealand by having sex with other men.

The results have led to criticism from some community members that the NZAF, which received 4.2 million dollars from the Ministry of Health in 2014 was not doing enough to combat the rise of the disease. Robinson has rejected that claim however saying the ‘condom first’ approach that has been promoted by the organisation is working,

While acknowledging the number of New Zealanders infected with HIV is disappointing, he says the report’s findings have to be kept in perspective saying “I don’t think an increase of 17 infections in New Zealand compared to last year turns the prevention program on its head”

“There is no reason to stop promoting condoms. In fact we will be pushing them in even more sophisticated ways so we reach some of the 20% of guys who don’t use condoms regularly. ”

Robinson rejects the idea that the ‘condoms first’ approach has failed to work in New Zealand. He notes the success the approach has had in New Zealand compared to countries that have taken a different route. “Compared to the overall results in Australia, we are doing twice as well even though they are putting more emphasis on biomedical solutions such as treatment as prevention and PrEP”

Robinson spoke to express after criticism from some within the gay community that the NZAF’s approach to safe sex was failing and there was complacency at the organisation, with one former NZAF chairperson going as far as saying there was “self-congratulatory back-slapping” going on around the state of HIV prevention in New Zealand, a statement which Robinson dismisses outright. “I would just disregard that really”

He points out that while the NZAF maintains a ‘condom first’ approach, they are also now looking at other ways to combat HIV. “Condoms are the cornerstone of prevention, but lets not forget it is NZAF who has initiated work to get a PrEP trial off the ground here.”

“I think what we’ve done is very public in terms of love your condom and also significantly increasing the number of HIV tests, advocating for the removal of the PHARMAC barriers to medications, working on a PrEP trial and a very public campaign around stigma.” he says.

Robinson does not believe there are many within the gay community who believe the NZAF was not doing enough, saying it was “a minority view in the community.”

“LYC and the condom culture that it is supporting is preventing hundreds if not thousands of gay men from getting HIV in New Zealand. But clearly it didn’t stop everyone from getting it last year. Clearly we want to do better.”

Robinson says the LYC campaign will continue and points out that 80% of gay men in New Zealand are regular condom users despite the cultural challenges which still remain around safe sex.

“Maintaining 80% condom use in the gay community is a world beating achievement and is something every gay man in New Zealand should be proud of.”