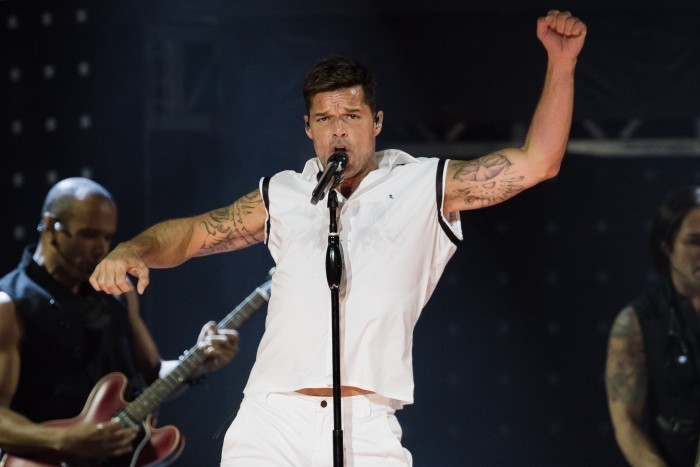 “The fact that an individual like Donald Trump, a candidate for the presidency of the United States for the Republican party, has the audacity to continue to gratuitously harass the Latin community makes my blood boil” the singer wrote.

“When did this character assume he could make comments that are racist, absurd, and above all incoherent and ignorant about us Latinos?” the article continues.Martin continued to highlight the event that occurred a few days ago. “Jorge Ramos was doing HIS JOB as a journalist at a press conference in which he appeared freely and democratically, representing one of the most important Latin television networks in the world and with the same right to freely exercise his profession as all other journalists,” he wrote.”But this new character in American politics verbally attacks him and ejects him from the press conference.”The singer adds that he’s no longer surprised by Trump’s actions, but he’s more disappointed that Latinos aren’t speaking out against Trump, who is currently the highest polling Republican candidate for President.