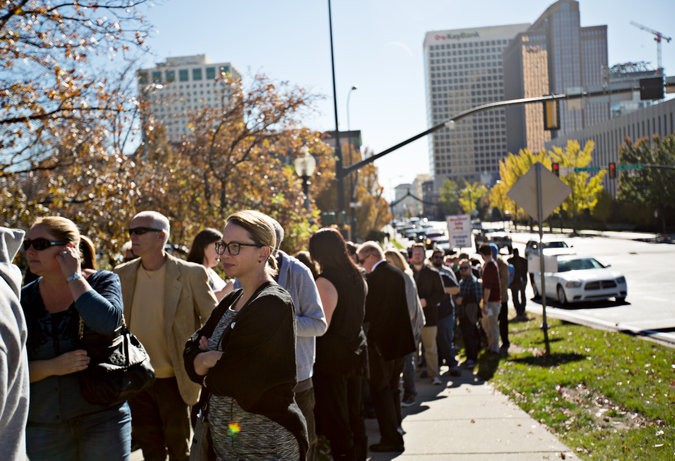 A group of Mormons have staged a “mass resignation” after leaders changed church policies regarding gay people.

The rules, which were not meant to be made public, say children with  gay parents cannot be baptised until they are 18 and only when they renounce homosexuality and their parents.

The new rules also say members can be expelled from the church if they enter into a same sex marriage.

The New York Times, reports that approximately 1,000 Mormons queued up in Salt Lake City to formally withdraw. Online, participants offered support to each other as they navigated a potential backlash from their friends and families.

“The surprising impact has been the amount of people who are confused and troubled and disturbed and, frankly, repulsed,” Mormon scholar Patrick Mason told Reuters.

The church’s policy on same-sex households was revealed in a confidential handbook sent to leaders of the church’s congregations in late October. It was leaked to the news media and confirmed by a church spokesman.