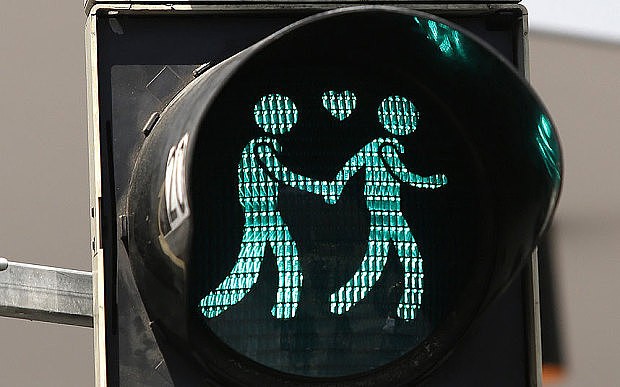 The lights introduced for Eurovision were set to remain a permanent fixture – until now.

The Austrian city of Linz is set to lose its gay-themed pedestrian traffic lights after a criminal complaint was lodged against council members for allegedly contravening traffic regulations and wasting taxpayers’ money at a cost of 63,000 euros.

“Traffic lights are for traffic and should not be misused to impart advice on how to live your life,” said Linz’s Freedom Party councillor Markus Hein, who believes that the lights “completely unnecessary”.

Green Party representative Severin Mayr described the scrapping of the lights as “shameful”, accusing the council in Linz of reversing the promotion of “openness and peaceful coexistence” according to The Telegraph.

The Freedom Party made huge gains in September’s regional elections over growing concerns about Europe’s migrant crisis.It won 30.4 per cent of the vote in the state of Upper Austria, the country’s, a major increase on its performance in the state’s last election in 2009 when it took half as many votes with 15.3 per cent.