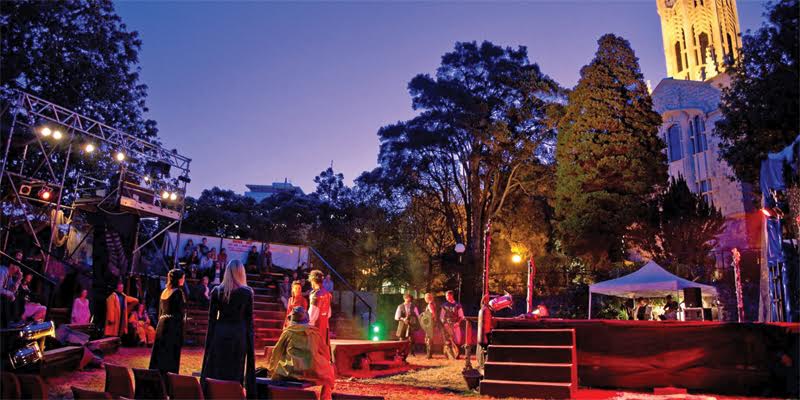 2016’s Summer Shakespeare returns with The Tempest, directed by openly gay director Benjamin Henson, staged at a brand new location and in a pop-up Globe Theatre!

For the first time in Auckland Summer Shakespeare’s fifty-three year history, this years production will not be held under Auckland University’s clock tower but adjacent to Aotea Square. Here a pop-up version of Shakespeare’s Globe Theatre will be the venue for The Tempest, which opens on Thursday 3 March.

In 2016, the world marks the 400th anniversary of the death of William Shakespeare. To mark this important anniversary the pop-up Globe has been designed and built; a full-scale temporary working replica of the second Globe Theatre – Shakespeare in the space for which it was written.

Henson says the use of the pop-up Globe is both exciting and somewhat scary. “It will be a challenge (directing the play) with the Globe stage being so huge, but it should also be fun. There won’t be many actors in Auckland used to playing to this audience size in a nearly 360 degree outdoor environment.” The venue is expected to seat over 900 people.

The Tempest was Shakespeare’s last work for the stage and sees the magician Prospero bring his enemies to his enchanted island where love and magic intertwine in search of lasting reconciliation.

To book tickets to The Tempest and Titus visit www.shakespeare.ac.nz