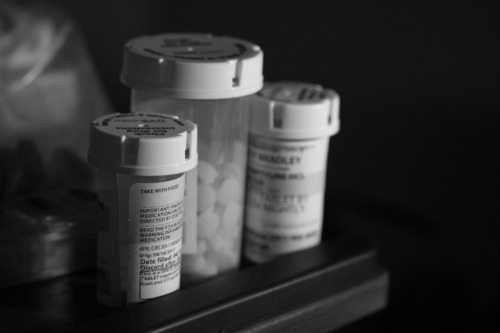 The New Zealand Government announced a $124 million increase in investment in new medicines over the next four years.

“New Zealanders have been waiting for 81 medicines recommended by PHARMAC’s pharmacology technical advisory committee (PTAC) for up to twelve years and it is pleasing that the Government is addressing this” said Hon Heather Roy, Medicines New Zealand Chair.

“New Zealand has fallen behind international standards in relation to the care of HIV and these additional funds provide an opportunity to move back to a world class health system and provide people with modern choices in the treatment of HIV” says Body Positive Executive Director, Mark Fisher.

New Zealand AIDS Foundation applauds the Government’s commitment to investing in medicines, but says it must now lead to the removal of the CD4 threshold for accessing HIV treatment. Currently, people living with HIV in New Zealand cannot access HIV medications until their CD4 count drops below 500. Removing the CD4 threshold will give newly diagnosed people the option of starting HIV medication earlier, which will improve health and reduce the risk of passing on HIV.

The World Health Organisation states that “evidence and programmatic experience have continued to shift the riskbenefit ratio towards initiating ART earlier. Increasing evidence also indicates that untreated HIV may be associated with the development of several non-AIDS-defining conditions including cardiovascular disease, kidney disease, liver disease, several types of cancer and neurocognitive disorders and that initiating ART earlier reduces such events and improves survival.”

“With this new injection of funds there is an opportunity for New Zealand to catch up with other countries such as Australia and provide world class health care to its citizens” says Fisher.

The current CD4 threshold could be described as outdated and in need of revision, and Shaun Robinson, Executive Director of New Zealand AIDS Foundation, comments that it should be lifted to ensure people suffering from HIV related illnesses in New Zealand reap the benefit of this new increase in medications over the next four years.

“We are extremely optimistic now that the CD4 threshold will be lifted. This is one of the recommendations of the PHARMAC’s pharmacology technical advisory committee (PTAC) that has waited for implementation for nearly two years.” In March this year, the Foundation made this point to the Ministry of Health.  In the two years since the recommendation was first made further evidence has emerged to point to the health benefits of removing the CD4 policy and getting people living with HIV on treatment as soon as possible.

“The effect of this change would be improved health and wellbeing for the person with the virus and a reduction in the spread of HIV due to the treatments suppression of viral load.  The science is clear on both these points. Due to these effects the policy will pay for itself in a very short space of time,” Mr. Robinson adds.

It is encouraging to note that District Health Boards are recognising the cost-savings in the longer term delivered by medications and are adding as much as $11 million to PHARMAC’s annual budget for the next year. “However, all of this investment must bring benefits for people affected by HIV and end the outdated CD4 policy,” says Mr. Robinson.