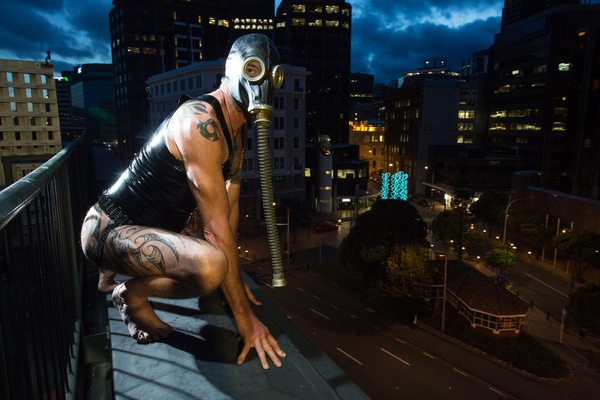 So Antony, who are you?

I’m a documentary photographer based in Wellington. I’ve always had an interest in topical issues, and creating visual stories through photography allows me to interact with and learn about people from different walks of life – people that I would not normally come into contact with on an everyday basis. In that respect, photography allows me to develop and grow my understanding of other people and sub-cultures, and to learn more about myself at the same time.

You like to photograph niche communities – why is that, and what drew you to it?

Being a photographer I am naturally curious about people, topical issues and ideas/themes. I don’t necessarily specialise in photographing niche communties per se, yet I do find myself being drawn to individuals and groups that sit outside of mainstream cultural norms. There is so much richness and cultural diversity in society which is left undiscovered, I want to take people along on my own personal journey, broadening horizons and exploring the hidden that lies within our midst.

I’m also driven to make a difference in the world in whatever small way I can, and producing visual stories, and providing a platform for discussion and engagement is one way that I can do this. If people see my images and it has a positive impact on them,  provokes a response, or makes them think, then I think I have succeeded as a photographer.

Have you faced controversy with your works?

The short answer is yes, most definitely.

People fear what they don’t understand, and in our busy lives, it is very easy to let our automatic judgements, preconceptions, and reactionary thinking dictate out behaviour, rather than being open to and engaged with new ideas and possibilities.

Surprisingly, the most resistance I have encountered with this project has come from Wellington’s art community. While I do realise that my work does not come from a fine arts background, I had hoped for a more positive response from the local art community when trying to find spaces to exhibit these images.

One person from an arts trust told me that she didn’t know who would want to see these images other than those from the BDSM community. An arts advisor from a local government body I spoke with regarding a rejected exhibition proposal told me that I made them (my portrait sitters) look like freaks – despite the fact that each portrait was a collaboration between myself and the individual sitter, involving many months of discussion and planning, producing an end result that the sitters themselves were happy with. Another gallery curator mentioned that they are a ‘family friendly’ independent gallery and that they do not exhibit work which is pornographic, sexually explicit, contains nudity, has political or social themes, or that generally takes a side or specific view on a topic or issue. That left me wondering what the point of art was!

A number of other galleries that I have approached gave genuine reasons why they could not exhibit the images – nonetheless, this was often contradicted by work they had previously exhibited. Obviously no gallery explicitly stated that the subject matter is the reason they were not interested in exhibiting this work, but based on my experience, I believe this is an underlying reason.

Even friends and associates have expressed differing views, with one person telling me that the work was definitely pornographic and then confirmed that they had not even read the PledgeMe campaign or viewed the video or images. Another claimed I was spreading pornographic material around and that others should not click on the PledgeMe link.

Nonetheless, an upshot to the above is that many friends and colleagues have also given me very positive feedback regarding the work.

Why do you think your new exhibition will appeal to the GLBT community?

I think what binds these two communities together is the fact that both want to share their stories and to be accepted by the mainstream, while simultaneously having experienced prejudice and social marginalisation for their sexual preferences or lifestyle choices.

It is my hope that both communities perceive this work as a positive attempt to defy stereotypes, and as an affirmation to the diversity of sexuality and human relationships. Yet in general, I would like the exhibition to have a broader appeal, to reflect the range of different people who are represented in this project.

Antony is current crowdfunding at Pledgeme.co.nz to fund this exciting exhibition.