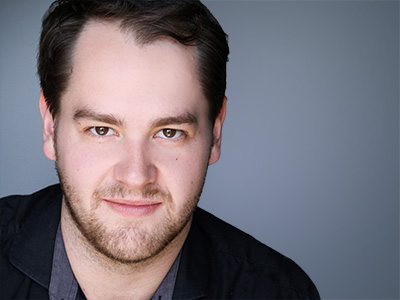 Meet Andrew Paterson: he’s an actor and his favourite song to sing at karaoke is ‘Mambo No. 5 (A Little Bit of…)’ by Lou Bega. The Wellingtonian has done professional theatre at Circa, a few stints at Capital E, and is currently touring with the Don Juan crew.

Talking about his career, “I’ve been really lucky”, as he hasn’t had to have a ‘normal job’ ever since he graduated from Toi Whakaari, the New Zealand Drama School.

Even though actors overseas have noted how being out has impacted their career negatively, Paterson says that he hasn’t had experienced anything of the sort. He adds, “you have to bring so much to every role, the fact that you’re gay might be an advantage at some times”.

You can find him at S & M’s (Scotty and Mal’s cocktail bar in Wellington) drinking, well, pretty much anything that has alcohol in it. And like we said at the beginning, Paterson’s a bit of a karaoke fiend – changing lyrics and adding monologues when he feels like it.

It’s a little bit like Don Juan, where anything can happen, especially with the audience interaction. “They embrace it, [it’s] so beautiful, so childish.”

Sadly, Paterson is off the market, having been with his partner for three years. To be fair, it is rather adorable when he describes their initial courtship: “oh yeah, I’ll keep you around”. And that’s Paterson, straightforward with a bit of sass.

Don Juan performs at Q Theatre from Thursday 27 October until Saturday 12 November, before heading back to Wellington.