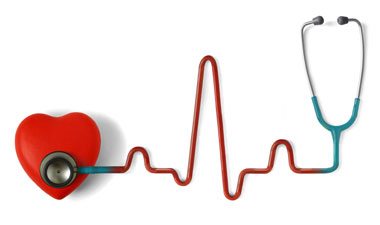 It’s called the Sexual and Reproductive Health Action Plan (SRHAP). At first, it looks like a dyslexic spelling of ‘sharp’, but hidden in the mysteries of governmental policy blurb, there’s plenty of important themes for LGBT+ people, not to mention at least one example of a major flaw in approaching human rights issues.

The government policy targets include a number of action plans. SRHAP is the action plan that considers funding priorities in the areas of sexual health and human reproduction.

Reproductive health is not just having babies. In fact, one of the key issues in that area is about abortion. While Aotearoa is not the easiest place for LGBT+ people to have a family, many people in our communities have an interest in having (or not having) babies.

Sexual health is more than the work of the sexual health or STD clinics. Those cute and vitally useful condom-and-lube packages put out by the NZ AIDS Foundation are linked to this part of the plan. Pharmaceutical treatment for HIV and other STDs are also here. Some services that offer information about sexual orientation and gender diversity get funding from their priority under the action plan. Health services provided to transitioning transgender people are also linked to the plan.

Action plans are the initiative of each government minister. Think of an action plan as a policy agenda that the minister takes to Cabinet to argue for funding. In that way, action plans are ‘owned’ and signed off by the minister. In the case of the SRHAP, it’s Dr Jonathan Coleman, the Minister of Health, and National MP for Northcote.

Think about the wide and contentious subject matter in SRHAP: sex education, contraception, abortion, LGBT+ health. While Dr Coleman has some ‘must haves’ in the plan, there has been scope for selective public consultation. The targets groups for consultation are agencies and specialists working in the fields currently related to reproductive and sexual health.

It’s no surprise that health is expensive: it’s a major international research and development area. Pharmaceuticals, equipment, procedures and the cost to employ experts are classic supply and demand economics. Whenever one thing is prioritised, something else is at risk of not getting funded. Think about breast cancer and funding Herceptin, or other expensive medications that are slow to become available in this country.

SRHAP is made of a number of levels. At the ‘top’ is a very theoretical wish list. Don’t expect to find much “how to” at the top level. Instead you will find things like ‘broad issues of access to services’ and ‘general levels of awareness and wellbeing’. The plan steps down from each of these general objectives to a group of more particular and less theoretical goals, much like a family tree.

Earlier, I mentioned health services for transgender people. You might immediately think of gender affirmation surgery. The good news is that those surgeries are a priority in the plan. The bad news? This is the only priority for transpeople. The fact that this is the only consideration goes to the basis of careful thinking about human rights in a just and fair society.

It is difficult to measure precisely how much Aotearoa’s transpeople are at risk. Research suggests it is significantly higher than for cis gender people: there’s some information about self-harm, but think too about physical, sexual and psychological violence directed against transpeople. For very valid reasons, transgender and gender-queer people are distrustful of the ‘help’ they get from the wider community.

Anecdotally, it doesn’t take long talking to transgender people to hear stories of their broader health needs being dismissed. Either there are not enough appropriately-skilled surgeons or supposed experts who don’t bother educating themselves in the range of needs transpeople. Authentically being the person on the outside to match your inner self is complex, and consists of a lot more than removing or modifying genitals. Also each person’s needs are particular, and the priorities for any health interventions are also individual. There is no “one size fits all”.

I fully support the availability of more surgery for transpeople. As part of the SRHAP, that’s a clear tick. However, for a community within our country that has been vilified, ignored, brutalised and faced discrimination in every imaginable way, one essential part of a meaningful solution is missing: nowhere does the SRHAP talk about consultation with transpeople themselves.

Talking to people is the only way we start to understand each other, and start to accept diversity. It’s a flaw with the SRHAP, but it’s a flaw that can be found in all sorts of well-intentioned efforts in all sorts of places. Often the lack of communication is a fundamental stumbling block in employment relationships, service contracts and even personal friendships.

Human rights are about being human. Being human is about feeling a part of one’s community and that involves having a voice that can be heard. The SRHAP is not listening.

NB: Please note, while the government funds some aspects of the NZAF’s safety campaigns, much of the funding that enables research, educated promotion of safety messages and widely-available condoms come from NZAF fundraising.