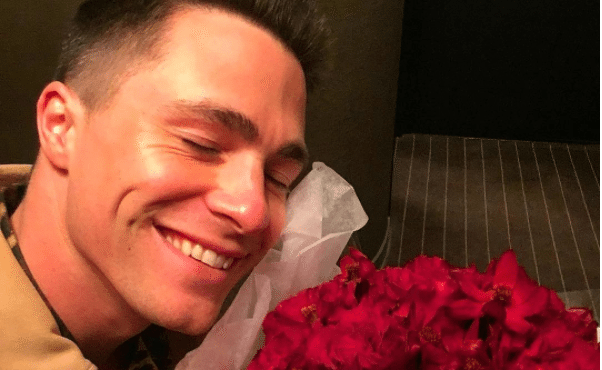 The Teen Wolf and Arrow star is now officially off the market. After a tumultuous coming out to the public last year, Haynes has kept his love life on the extreme down-low, telling Out magazine that he had only been on two dates in the last year.

But he has found love, getting engaged to Jeff Leatham, who is a floral designer for Four Seasons hotels.

The most special day of my life. Thank you @jeffleatham . We were actually in the clouds…speechless. Happy Valentine’s Day to all of you. #LoveWins ❤️❤️❤️ Never be afraid to love harder.

Although he already came out to his family at 14, Haynes was told by his managers and agents to keep his sexuality under wraps for the sake of his career. But since he decided to act against the advice, Haynes has become an outspoken advocate for the LGBT+ community, including getting an award from the Human Rights Campaign.