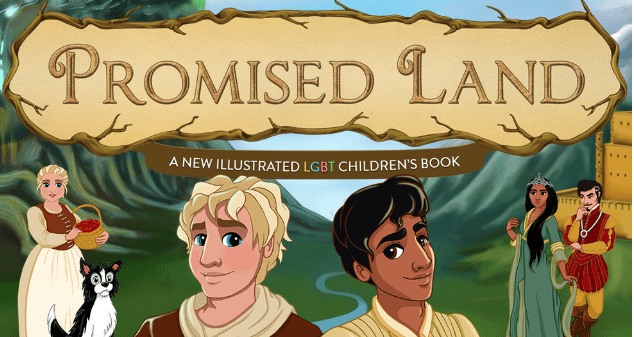 In an interview with express last year, the authors say that they regard themselves as visual storytellers instead of novelists.

The story itself is not LGBT+-targeted; rather, it tells the tale of how Jack, a farm boy, and Leo, a prince, fall in love. The fact that they both happen to be male is not a super-significant detail.

Reynolds says, “I wanted to create the kind of story I wish I’d had growing up, one where the sexuality of the characters was not the defining focus, or a reason for any conflict”.

There are also eBook versions in Spanish, South American Spanish and Brazilian Portuguese. Copies can be bought on their website, www.promisedlandstore.com.