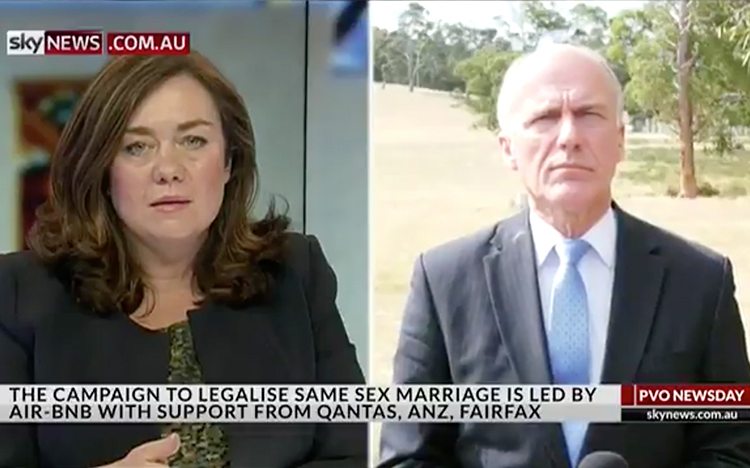 Tasmanian Senator Eric Abetz has said he believes there is evidence that LGBT+ people can ‘become’ heterosexual.

Senator Abetz, who campaigned against the Safe Schools bullying program, says he believes that the media needs to be more balanced on reporting of sexuality issues and slammed business leaders over their campaign for same-sex marriage.

During a recent interview with Sky News Australia, Senator Abetz was asked if people who are homosexual could ‘switch’ to become straight.

“Do you personally believe that gays and lesbians […] can stop being who they are?” presenter Samantha Maiden asked.

He replied, “The reality is, evidence has been given to Senate committees where people that have been in gay relationships have then gone into heterosexual relationships. And I believe that that can happen, courtesy of the evidence.”

When asked whether he thinks “gay people should try not to be gay”, Abetz answered: “Look, it is up to the individual as to what they want to be, and how they want to express themselves. That is up to them in a free society.”

It’s not the first time Abetz has caused controversy with comments about the LGBT+ community – last year, he argued that legalising same-sex marriage in Australia would “steal from children” and cause “irreparable damage”, and has previously objected to rainbow flags being flown outside of government buildings.

The Senator has also been railing against Airbnb’s Until We All Belong acceptance ring campaign which requests Australians commit to wearing a black ring – which deliberately do not form a full circle, symbolising the gap in equality – until same-sex marriage is recognised in Australia.

Watch his interview with Sky News below.