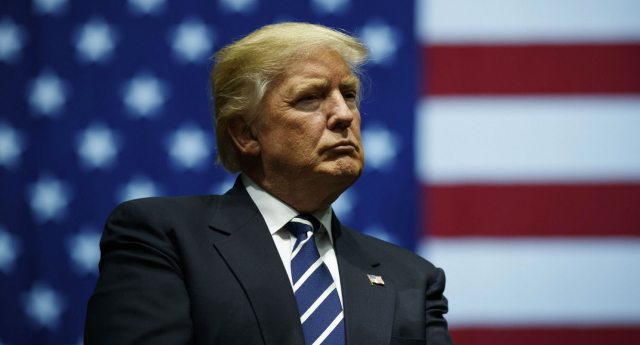 US President Donald Trump has announced a ban on transgender people in the military, reinstating a policy overturned by the Obama administration.

The announcement came in the form of a series of Tweets, which read; “After consultation with my Generals and military experts, please be advised that the United States Government will not accept or allow transgender individuals to serve in any capacity in the U.S. Military.”

He went on to say; “Our military must be focused on decisive and overwhelming victory and cannot be burdened with the tremendous medical costs and disruption that transgender in the military would entail. Thank you.”

It is estimated that these medical costs would rise from US$ 2.4 million to US$ 8.4 million, which The New York Times reports, represents a 0.04 – 0.13 percent increase in spending for active-duty service members.

The spokesperson for Trump, Sarah Sanders, told reporters that the administration hadn’t yet decided how this will impact current transgender service members – whether or not they would be immediately thrown out from the military.

According to a study from the RAND Corporation, commissioned by the US Defense Department, roughly 2450 active-duty members of the US military are transgender.

The New York Times reports that it is not clear whether Defense Secretary Jim Mattis was informed about the plans prior to the announcement. He had tasked Pentagon officials with researching how trans service members impact others in the military. A number of defence officials say this wasn’t with the view of removing trans people.

While conservatives praise the announcement, it has been met by outrage from trans advocates.

GLAAD spokesperson, Sarah Kate Ellis says “President Trump today issued a direct attack on transgender Americans, and his administration will stop at nothing to implement its anti-LGBTQ ideology within our government – even if it means denying some of our bravest Americans the right to serve and protect our nation.

“Today further exposed President Trump’s overall goal to erase LGBTQ Americans from this nation. Trump has never been a friend to LGBTQ Americans, and this action couldn’t make that any more clear.”

The announcement comes only months after Trump reversed a policy from the Obama administration that allowed trans students to use the bathroom of their choosing.