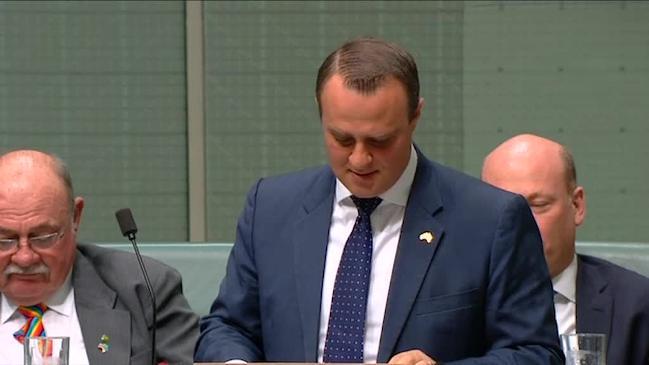 As Australian politicians stood in the House of Representatives to debate marriage equality, one lawmaker took the opportunity during his speech to propose to his partner, who was sitting in the public gallery.

Tim Wilson of the Liberal Party gave his speech in the House saying that the marriage equality debate has been “the soundtrack” to his relationship with his partner, Ryan Bolger.

With tears in his eyes, Wilson said “…in my first speech, I defined our bond by the ring that sits on both of our left hands, and they are the answer to a question we cannot ask,” referring to a previously given speech in Parliament.

“So there’s only one thing left to do, Ryan Patrick Bolger, will you marry me?”

Bolger said “yes” and the House applauded. The speaker congratulating the couple confirmed that Bolger’s answer would be officially recorded in Hansard.

The couple has been engaged for nine years.

The marriage equality legislation passed in the Senate last week with a 43 to 12 vote and it is expected to pass in the House of Representatives.