Chye-Ling Huang describes her journey to finding true herself by unboxing her sexuality. 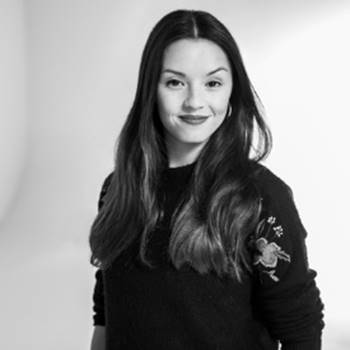 My sexual preference started off about as binary as you can get. Tall white guys and monogamous long-term relationships were my go-to for many years. I was stoked to come out officially as bisexual when I was at Uni, which for me was a three year intensive at drama school in Auckland, surrounded by the best and most unsurprised classmates and family you could hope for. But after a series of problematic encounters with a lesbian friend-of-a-friend became too much, I retreated firmly back into the closet.

Over the last few years, in between the tall white guys, I started to unravel how much of my sexual and romantic choices were based on social conditioning, and not my actual desires. How much of my dating life had been limited by my narrow, learned lens and my own internalized racism, sexism and other factors? We all like to think that love is blind, but for me, attraction was taught, and I had to un-teach myself.

It wasn’t until opening up my current relationship with a wonderful and supportive cis male partner that I began living my best queer life, and for the past 8 months, I’ve been dating an amazing gender non-binary trans person also.

So why the switch to pansexual? The definition of the term bisexual has evolved as non-binary genders and expressions are more widely recognized – meaning ‘attraction to genders like their own and different from their own’, which means non-cis people aren’t excluded in that meaning. But for me, pansexuality was a freeing identifier. Pansexuality is defined loosely as ‘the sexual attraction to a person of any sex or gender’, which spoke directly to my experience, but more importantly, it’s a term that comes from a time in my life where I finally feel free to experience love and being queer in my own way.

My bisexual status was often sexualized by guys fantasizing about threesomes (with them of course) and was heavily tied to a time where I felt taken advantage of by the lesbians who sniffed out a fresh baby-gay. Being pan is exciting, fulfilling and continues to push my boundaries around my own definition of gender roles in relationships and sex. Anything goes and the rules are redefined with each person you encounter – something I always took for granted in ‘cis-het’ male relationships.

Discrimination does exist, even in queer circles, which was actually the biggest stress for me. I’ve spent way too much time waiting for my ‘queer card’ to be revoked at lesbian club nights and feeling like a ‘fake gay’ when interrogated on dates with women because I have a male partner in addition to a queer non-binary one. My pansexuality has been laughed at, seen as a more pretentious way of saying bisexual, or as a cop-out for having to choose and align with a queer community that is more defined.

But coming up against people who don’t know what pansexuality is can be fun. I love explaining it to curious people and watching their brains do the same backflip I did when I first came across the term. I hope I can plant a seed for the next budding pansexual to come to terms with not having to choose and to give themselves permission to love freely without judgement.

Chye-Ling is the writer and director of Orientation, playing September 5-15 as part of the 2018 MATCHBOX season at Q Theatre.

Sex in the age of Coronavirus

Opinion: The Importance of Civil Unions and Political Compromise