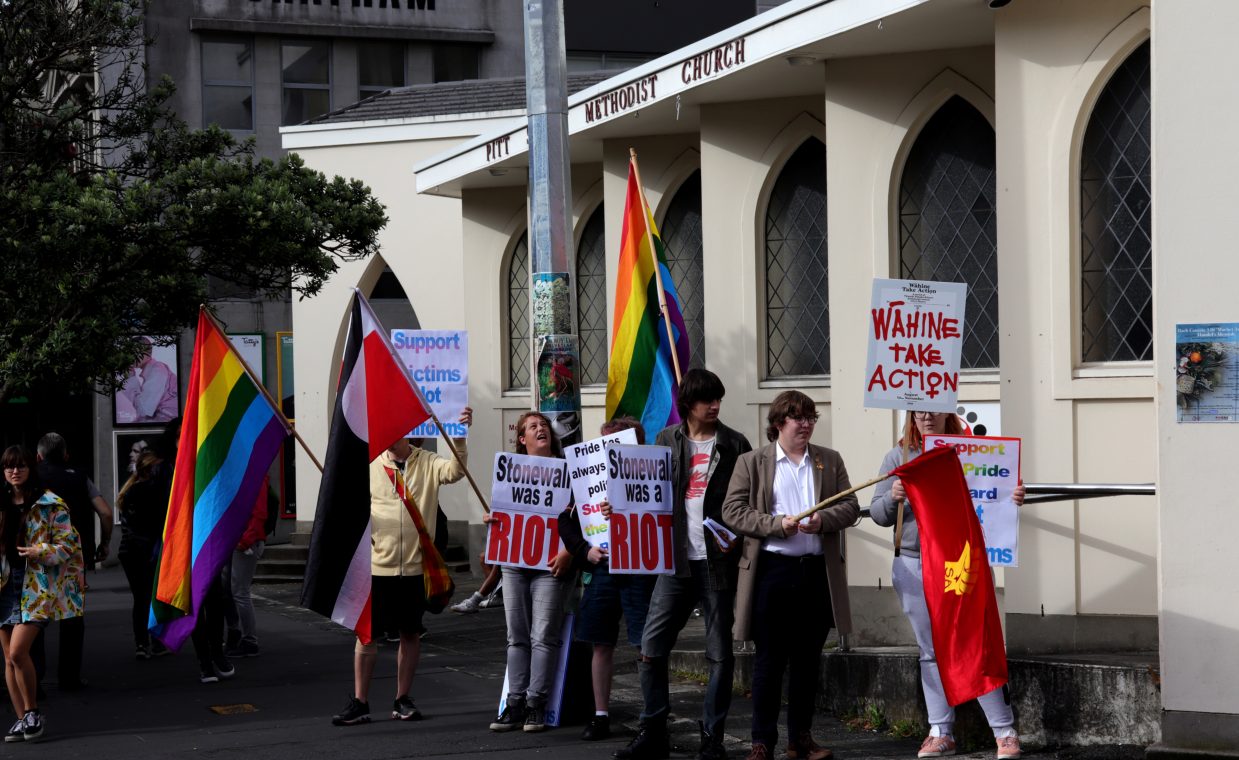 Hundreds packed into Pitt Street Methodist Church for an SGM that resulted in a 52 vote majority result (325 against, 273 for).

While some of the impassioned speeches at tonight’s SGM concluded that, “there are no winners,” following the community rift caused by the police-uniform ban; the event showcased our community in a far better light than 18 November’s hui.

Auckland Pride’s SGM was well organised, most people listened respectfully to the opposing views of others and the independent adjudicator remained on top of the proceedings.

Nearly half of Pride’s 1260 members voted. Following the vote, Auckland Pride Chair Cissy Rock announced that another hui will be organised for Tuesday 18 December to discuss Pride moving forward.

Express spoke to many community members who voted on the issue.

The feelings of those who were unsuccessful in the no-confidence motion were summed up to express by Pride member Russell Pickering. He told us:

“I support the cause, just not the method. I feel the board position on uniforms is punitive and regressive – and I can’t see what objective it will serve other than to set the relationship between the police and the community backwards. I just can’t see how this decision will improve the relationship between queer community and cops – or improve the behaviour of cops – at best I think police diversity awareness – which seems to have been making great strides over the past few years – will slow or plateau – at worst it may regress. That is very sad and It seems we’ve lost sight of that – therefore it seems to me, a pointless action. Symbolic, yes – but without actual utility and therefore ultimately destructive and unwise. The event itself, I found very civilized.”

Following the result. Cheers of those celebrating the board’s continuation filled the church. Pride Member Richard Orjis concludes to express, “It was heartening to see the support of the board tonight. They’ve taken a brave stance, but a stance informed through community consultation. The police hold a position of power in our society and I would hope they see this as an opportunity to continue a process of listening and learning. The history of queer liberation was about giving a voice to the marginalised, how could we celebrate knowing so many people are still suffering? A board that listens to marginalised voices is a board I can be proud of!”

2019 will mark a new era for the Auckland Pride Festival. Express looks forward to reporting on it.