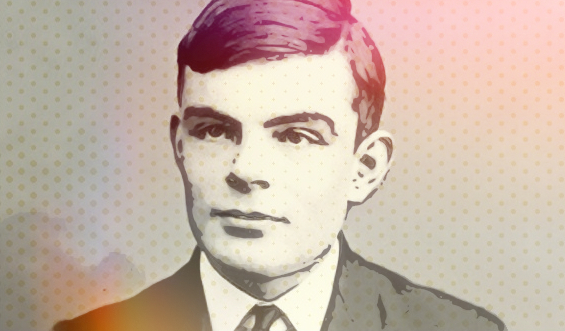 The gay British mathematics genius, Alan Turing who helped create modern computing and defeat the Nazi’s in the Second World War, has been announced as the most iconic figure of the last century, surpassing even the likes of Nelson Mandela.

Turing, who was prosecuted for being gay, was chosen by the British public in a live broadcast of the BBC’s series Icons: The Greatest Person Of The 20th Century.

The genius was selected as the overall winner following the broadcast of seven episodes highlighting the achievements of the 20th century’s most important and influential figures including Albert Einstein, Mohandas Gandhi, Dr. Martin Luther King Jr, Pablo Picasso, and Muhammad Ali.

The candidates were placed in categories that included artists, writers, activists, explorers, entertainers, and scientists.

Turing who is considered by many to be the father of modern computing, setting the foundations for technology that has reshaped the world, also played a major role in breaking the Nazi Enigma code during World War II which helped the Allies to victory and shortened the war by years resulting in thousands of lives being saved.

While his achievements are often only referred to as being in a scientific standing, The BBC noted that along with his technological and scientific achievements, Turing also helped change social attitudes in Britain toward LGBTI people.

Horrifically, Turing was prosecuted in 1952 for homosexuality and was given the choice of imprisonment or chemical castration. The war hero chose chemical castration and underwent forced estrogen hormone injection treatment for a year before he eventually committing suicide from cyanide poisoning at the age of 41.

In September 2009, British Prime Minister Gordon Brown issued a formal posthumous apology to Turing for his prosecution but the war hero’s conviction remained standing, until 2013 when Turing was finally granted a posthumous royal pardon by the Queen, over half a century after his tragic suicide.