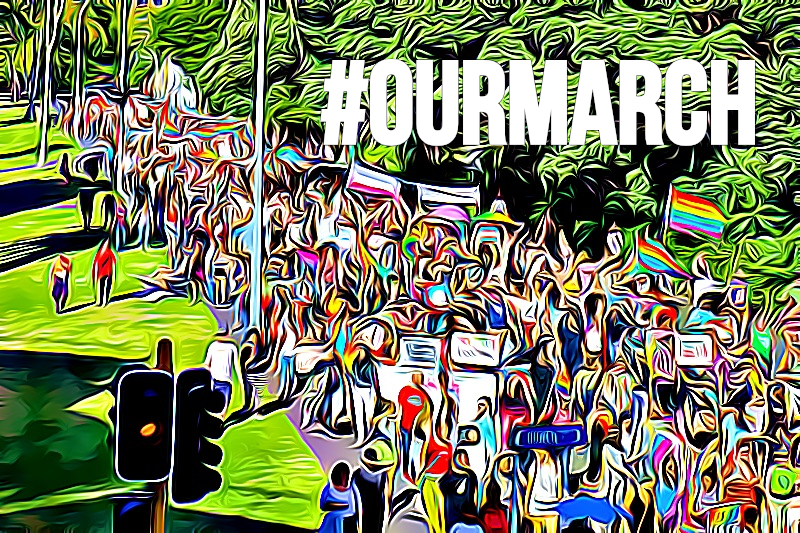 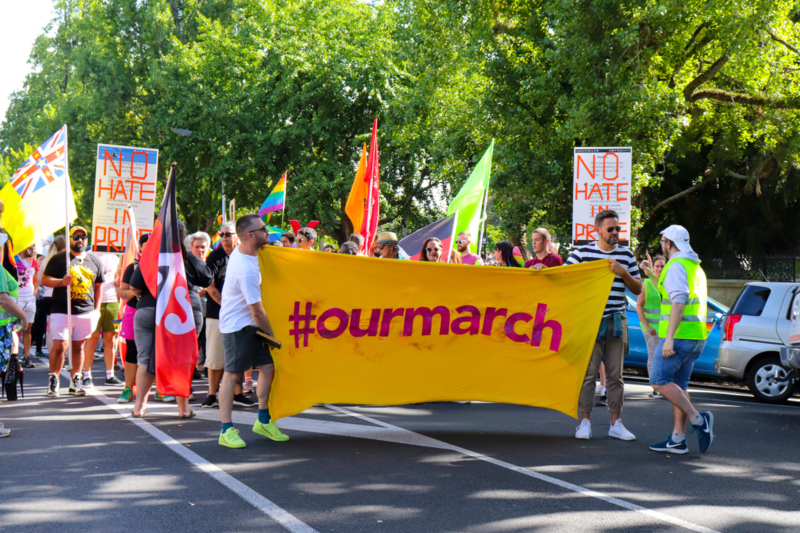 Auckland Pride’s inaugural ‘#ourmarch’ attracted 3000 people including participants in the march and attendees of the Myers Park celebration that followed, according to the March’s producer Richard Green. The march which followed the ‘graduation route’ from Albert Park had a grass routes feel. Over thirty different groups marched including Amnesty International, the Green Party, the IAG Rainbow Community, and Allies, People Against Prisons Aotearoa, LGBT+ Christian Alliance and Rainbow Youth.