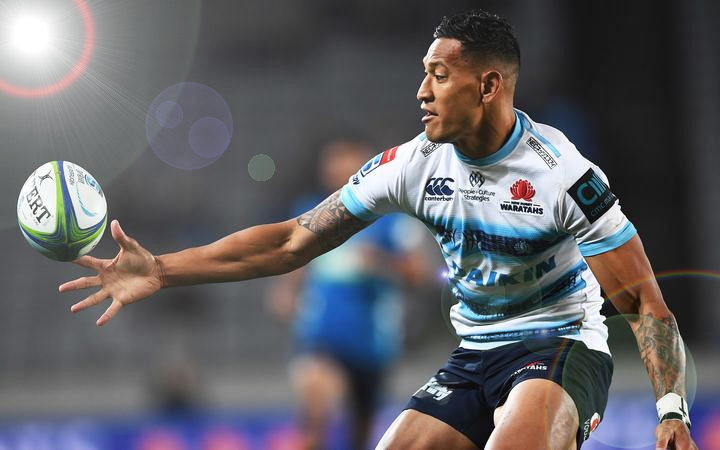 The Australian Church: The Anglican Parish of Gosford has sent a message of condemnation to Israel Folau, by updated its letter board and showing support and inclusion to the rainbow community.

The church’s condemnation of Folau follows a video surfacing earlier this week of the former Wallabies star once again attacking the rainbow community during a sermon at his Sydney church.

In his hate-filled speech, Folau referenced a politician at a recent Christian function speaking about what “parliament is trying to instil into the government going forward.”

“A lot of the points are, he’s talking about how the work of the sin, homosexuality, is in disguise to try and take over within this world,” Folau claimed.

“You see a lot of things in today’s news and everything. They’re allowing young kids in primary school to be able to have the permission to change their gender if they want by taking away the permission of their parents.”

“Now they’re trying to take control as a government to make that decision for kids that are basically 16-years-old or younger. They don’t even know what they’re doing.”

“This is what the devil’s trying to do to instil into this government, into this world, into this society and it’s slowly happening,” Folau added.

In direct response to Folau’s message of hate, long-time LGBTI ally, Father Rod Bower took to Twitter to vent his frustrations about the situation, questioning, “Israel Folau is the price we pay for free speech.”

“He has the right to say it and I have a responsibility to oppose what he says,” Father Rod Bower concluded.

Father Rod Bower’s tweet also included an image of his church’s letter board, which currently states: “LGBT friends, Folau is wrong. Don’t listen to him.”