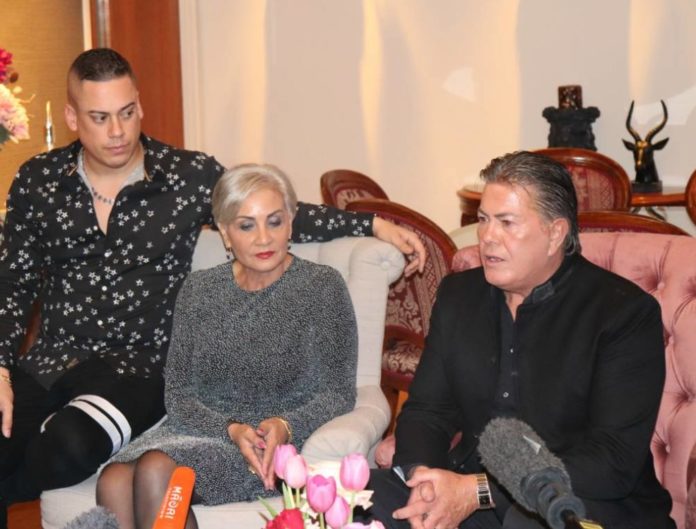 In a post-event press conference, the Destiny Church leader has refused to rule out making further offensive comments about the LGBT community, despite his supposed ‘apology’ for past homophobic and hurtful comments.

The self-appointed “Apostle Bishop” and Destiny Church founder Brian Tamaki has tonight told his South Auckland congregation that he is sorry for any past comments that have offended the gay community.

The event was attended by representatives of the LGBT community who gave speeches (you can read Jacquie Grant’s and James Laverty’s full speech here) of their own personal experiences as well as calling for a reconciliation between Destiny Church and the LGBT community which has historically been a target of attack for Brian Tamaki.

On stage, Tamaki, who is known for making hurtful and homophobic statements, expressed regret about some of his past decision including the 2004 ‘Enough is enough march’ on parliament against civil unions.

Referencing the march, he said “we’d do some things differently,” before adding “It has never been my intent to cause hurt or harm.”

Tamaki also told his congregation that he had some regrets about his past comments condemning homosexuality saying: “If in the past I have made you feel like that then I hope that this is something that we can begin to rectify.”

He then promised a new approach from both himself and the church towards the LGBT community telling his followers on stage, “we treat that community with respect. We don’t snigger or laugh. There will be no more social media comments from this church about you.”

However, in a press conference after the event, Tamaki made it clear to the journalists gathered that his views on homosexuality had not changed. “I still hold to my beliefs,” he told them.

Tamaki was also reluctant to talk about the specific incidents where he had previously attacked the gay community, such as when he linked homosexuality to the 2011 Christchurch earthquakes. When asked about those remarks and if he regretted them he replied simply disregarded the question saying, “it doesn’t matter now.”

When he was asked by a reporter if he would rule out making homophobic statements again in the future, Tamaki declined the opportunity, once again avoiding the question and saying “that’s not the point,” and instead insisted that the media should focus on the apology that evening.

What followed was a rant against the media with Hannah Tamaki saying the media was constantly “twisted” and that they were looking to “deliberately sabotage” what she describes as “a great relationship.”

Hannah Tamaki then concluded that despite holding the press conference, Destiny was “not going to have your (the media) interpretation of what we say.”

“We don’t even need you to interfere with our relationships.”