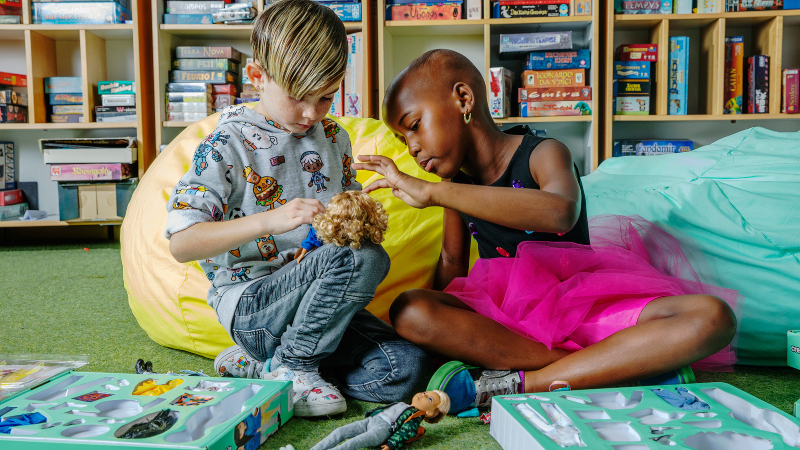 The new line of gender-neutral dolls called Creatable World, enable children to create their own dolls, without the restraints of gender norms.

Mattel who claim that their new range is designed “to keep labels out and invite everyone in,” say “In our world, dolls are as limitless as the kids who play with them.”

With six different doll kits available, the Creatable World line gives kids a variety of skin tones, two hairstyle options (one longer, one shorter) and six pieces of clothing, three pairs of shoes and two accessories that are both female-presenting and male-presenting.

While many have highlighted that some options are more feminine-presenting, and others are more masculine-presenting, the dolls have come along way from the curves on Barbie and the broad shoulders of Ken.

“We see this line as an opportunity for us to open up that dialogue around what dolls are for and who dolls are for,” explained Kim Culmone who is head of Design for Barbie and Fashion Dolls.

“As the world begins the celebrate the positive impact of inclusivity, we absolutely fundamentally believed it was time to launch a doll line free of labels and free of rules for kids,” Culmone concluded.

In 2018 fans of Laverne Cox from Orange Is the New Black petitioned Mattel to make a Transgender Barbie, one which has yet been made or included in this new range.