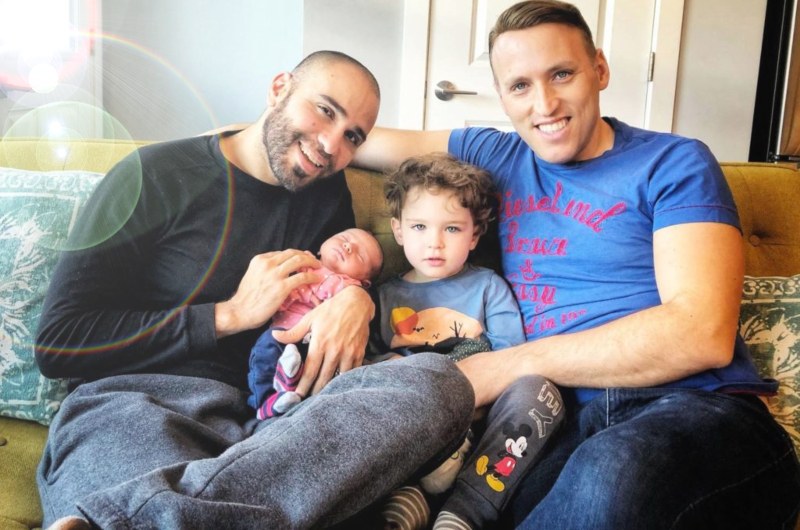 The U.S. State Department is being sued by a gay couple, after their infant daughter, who was born via surrogacy in Canada, was denied birthright citizenship.

Joining other same-sex couples in a line of lawsuits for similar incidences, the Kiviti family are also accusing the Trump administration of enforcing the Immigration and Nationality Act in a way that disenfranchises same-sex parents who use surrogacy abroad.

“Surprisingly, the officer wrote ‘surrogacy’ on our application, and since then, it’s been a chase of us trying to get a reply from the State Department,” Adiel Kiviti stated during an interview with MSNBC.

“The problem here is a flawed, discriminatory policy by the State Department that’s being misapplied, and one of the reasons we are confident is that a judge has already ruled in favour of us and similar plaintiffs earlier this year,” Roee Kiviti added.

Immigration Equality, who is an LGBTI advocacy organisation, said that while absurd, the Kiviti families predicament is not isolated, with the organisation now leading legal efforts against the State Department for four separate same-sex parented families whose children were also denied birthright citizenship, automatically granted to the children of heterosexuals.

“We are a family just as much as your family is yours. We held our daughter first the moment she was born; we were there at her birth,” Roee Kiviti said.

“We are family by every definition, and we refuse to let anyone, any government official tell us otherwise.”