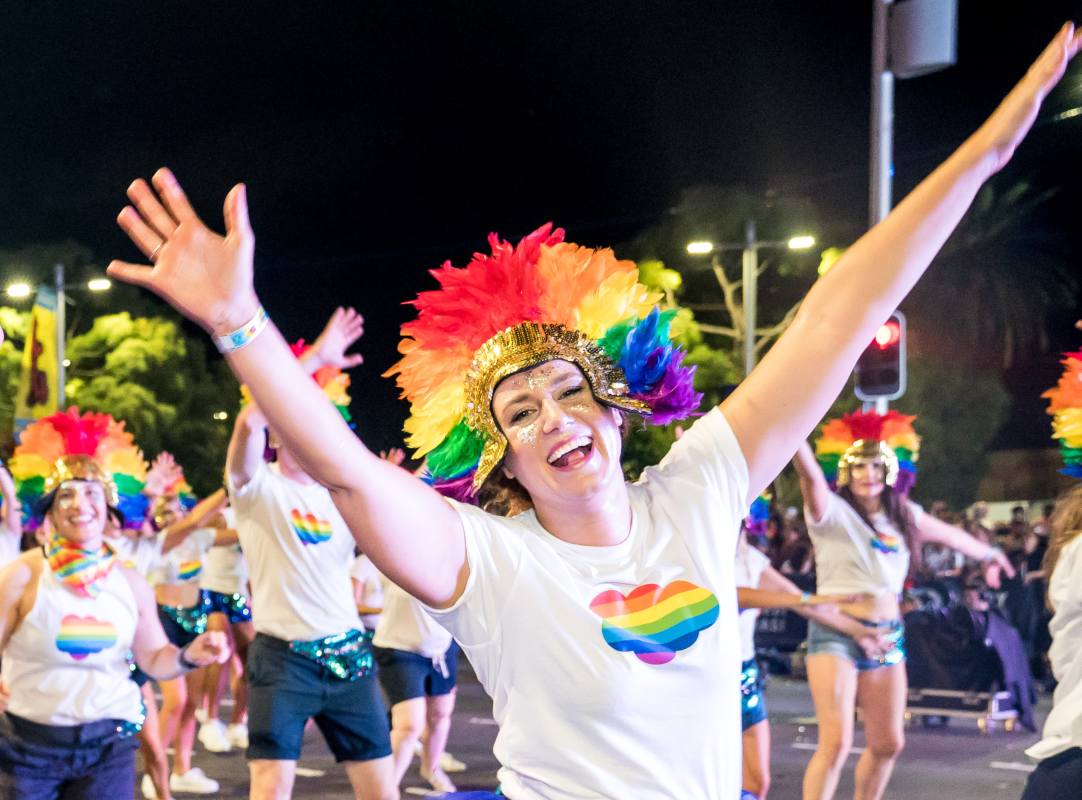 Members of the worldwide InterPride network of Pride organisations voted between Sydney, Montreal and Houston as the host city for WorldPride 2023. The final results were Sydney 60%, Montreal 36% and Huston 3%.  The win was announced in Athens, Greece overnight at the annual InterPride AGM.

Sydney WorldPride will be held over February and March to coincide with Mardi Gras 2023. This will be the first time ever WorldPride has been to the Southern Hemisphere and Asia-Pacific region. This is important as many LGBTQI communities within the Asia Pacific are still denied fundamental human rights.

WorldPride represents a major tourism initiative for Australia. Deloitte has estimated a 25-40% increased growth in visitors, in addition to the 1.094m-1.225m visitors for Mardi Gras. Sydney will be the first stop, and other regional attractions will see visitation pre and post-event.

Sydney Gay and Lesbian Mardi Gras Co-Chair Giovanni Campolo-Arcidiaco, says: “This is a major win for Sydney, Australia and the region more broadly. Bringing WorldPride Down Under means we can celebrate and shine a spotlight on the unique challenges faced by the LGBTQI community in the region.”

Sydney Gay and Lesbian Mardi Gras Co-Chair Kate Wickett, says: “We’d like to say a huge thank you to our Federal, State and Local governments, corporate and community partners, the extended team at Sydney Gay and Lesbian Mardi Gras as well as our global community for helping bring WorldPride to Sydney 2023. This has been a truly collaborative pitch.”

WorldPride Committee Chair Robyn Kennedy, says: “Interpride has recognised how far Sydney Gay and Lesbian Mardi Gras has come since 1978, and now the world will march with us down Oxford Street to celebrate our community and support our region,”

Federal Minister for Trade, Tourism and Investment Simon Birmingham says: “Sydney has long demonstrated its ability to host spectacular world-class events that attract visitors from right across Australia and around the globe.

“It is absolutely fitting that Australia and particularly Sydney celebrate our diversity through such a symbolic event that will also deliver a huge boost to our tourism industry.

“Congratulations to the Sydney Gay and Lesbian Mardi Gras, the wider LGBTQI community and all other supporters on the work they have done to secure the internationally renowned extravaganza that is World Pride 2023. We are proud to have helped secure this win and look forward to promoting an event not to be missed!”

“This event will attract thousands of international visitors and put Sydney on the world map as a truly inclusive and united global city.”

Michelle Jablko ANZ Chief Financial Officer and Executive Sponsor of ANZ Pride says: “We are so excited that World Pride 2023 is coming to Sydney and what it means for Australia and the Asia-Pacific region. ANZ is proud to have supported this bid not only because of our enduring partnership with Sydney Gay and Lesbian Mardi Gras but also as a way we can demonstrate our commitment to diversity, inclusion and respect to the community. Congratulations to the team who worked so hard on this bid.”