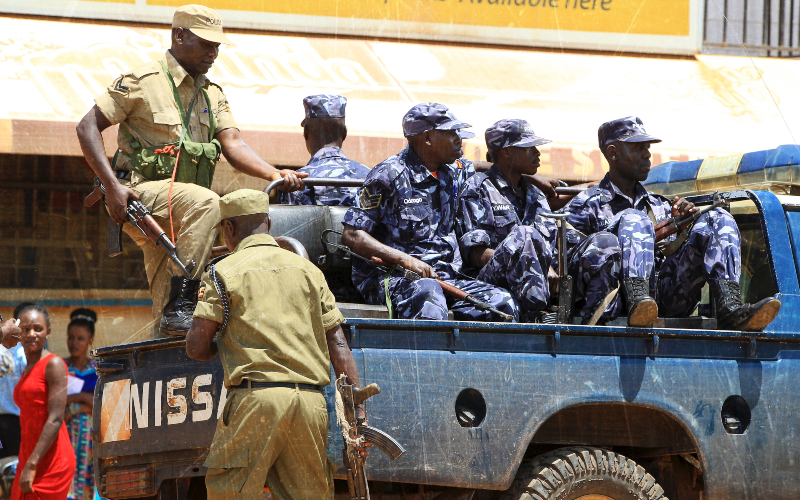 Over half of the 120 occupants at a popular gay-friendly bar have been arrested and charged in the nation of Uganda.

According to reports, approximately Sixty-seven individuals were arrested during a Sunday raid which included armed military personnel, on the bar Ram in Kampala.

According to Sexual Minorities Uganda (SMUG), 53 people have since been released and all charges against them have been dropped, while the remaining 67 appeared in court and have been charged with “public nuisance”, which could result in up to a year in jail.

At the time of writing, they were still being held in a maximum-security prison in the suburb of Luzira.

Sonia, one of those arrested who has since been released without charge recalls, “As soon as we got into Ram bar at around 11:30 pm, we saw police swamp the place and ordered us to all sit-down.”

“Not knowing what we had done wrong, I asked and I got slapped for it. Later, we were all told to go on the patrol trucks and we were driven to Central Police Station (CPS) with no knowledge of what we had done… At CPS, some of my friends were treated inhumanely just for asking the same question I was slapped for asking.”

According to reports, since 2012, police have raided at least six LGBTI events in Uganda, with the most recent occurring on 17 May when police shut down an event organised by SMUG and Chapter Four Uganda to celebrate the International Day Against Homophobia and Transphobia (IDAHOT).

Since the raid, the organisations of the event have called on the attorney general to drop “all the trumped-up charges,” however, activists say there has been a spate of violent homophobic and transphobic attacks and murders this year.