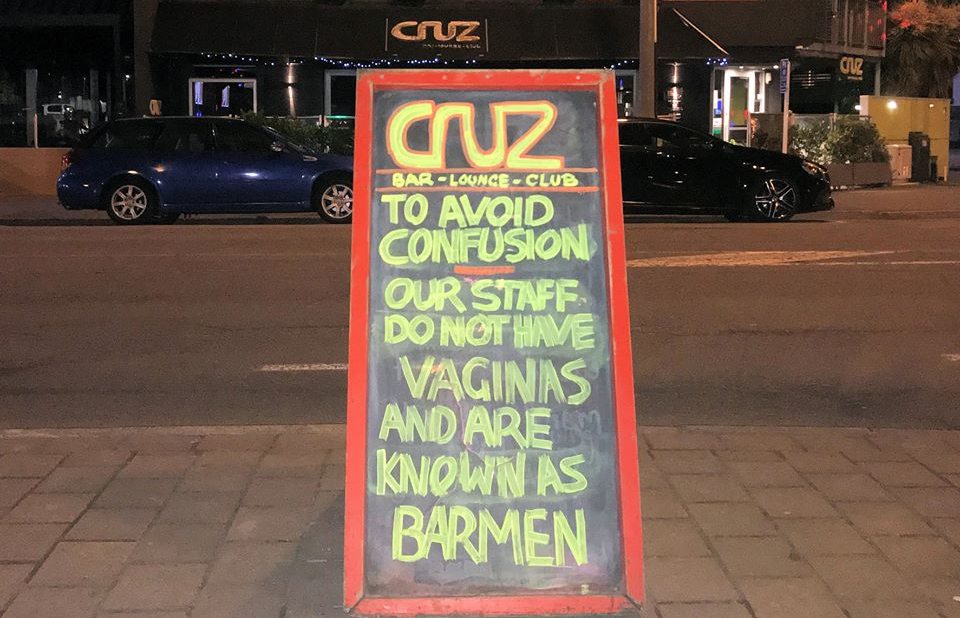 Christchurch’s only gay bar Cruz is facing a backlash after posting a photo of a sign outside its door which many have deemed to be transphobic and anti-lesbian.

The sign read: “To avoid confusion, our staff do not have vaginas and are known as barmen” and was posted with the comment: ‘Life gets so confusing. At CRUZ we do our bit to try and keep things simple. (there’s also Frankie [on the door] but he doesn’t have one, either)’ 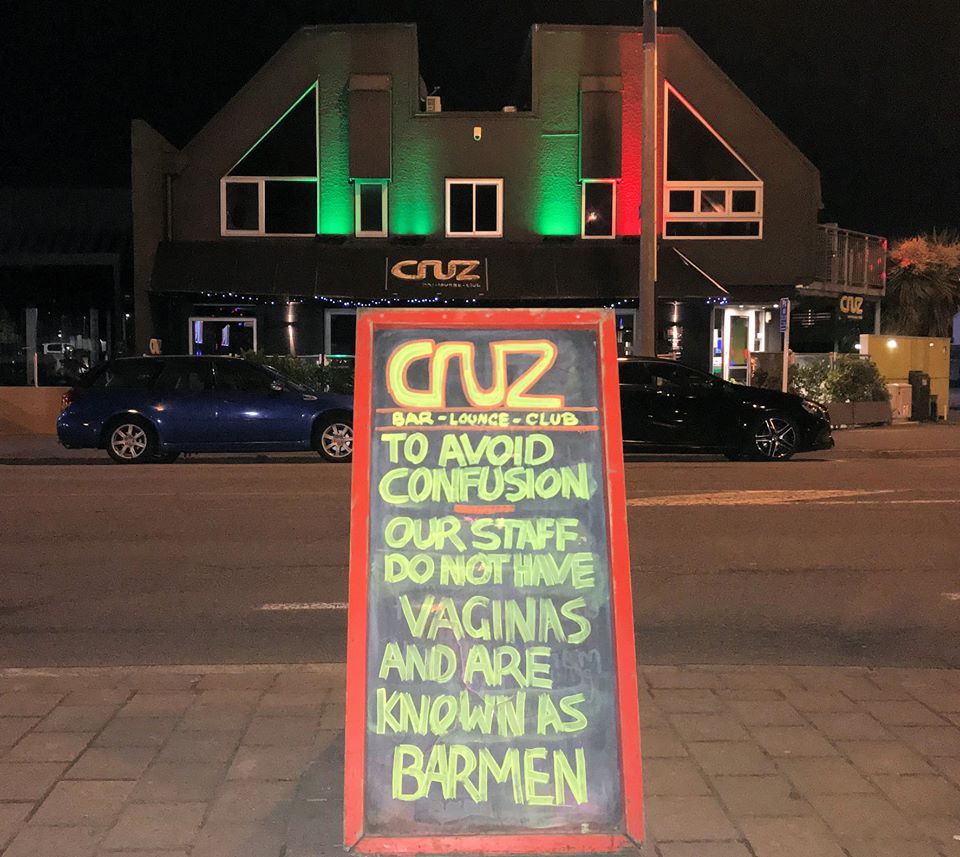 By Monday afternoon there were more than 730 comments on the picture with the majority of those commenting, condemning it.

One commenter on Cruz’s page suggested the photo smacked of “desperation for revenue”.

Another said “This is a terrible take. Didn’t expect this from a business in New Zealand.”

Replying to one commenter, Cruz said “I’ll let you in on a secret. The barman asked to do the sign, and wrote it too.”

Express has reached out to Cruz management for comment.

It is currently unclear why the photo was posted, but comments made by Cruz’ own Facebook account suggest it may have been an attempt to increase engagement on his Facebook page.