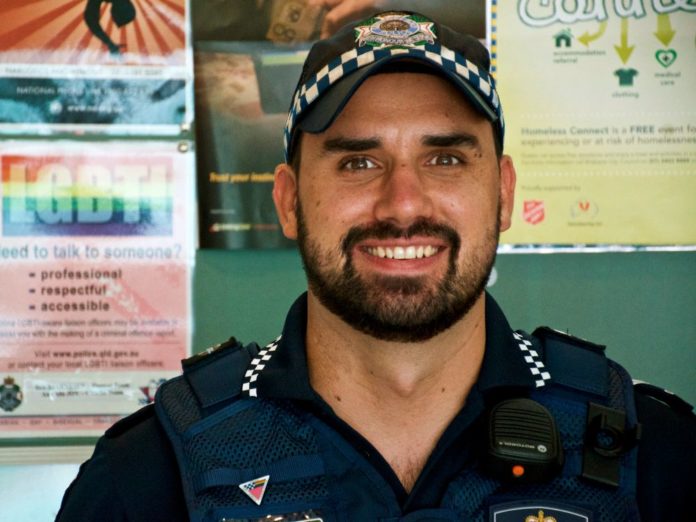 The senior Queensland Police constable is aiming to raise awareness of the high level of domestic violence in the LGBT+ community by speaking of his own experience.

A senior police officer from the Australian state of Queensland has decided to speak out on same-sex domestic violence in an effort to encourage more LGBT survivors to seek help.

Ben Bjarnesen says he was in an abusive relationship “for just over two years” before he was able to end the relationship.

“It started off as just verbal and emotional abuse, shortly after it escalated to physical, and, property damage.

“I even moved out into another place and ended it, then got manipulated into coming back again.”

Speaking to Yahoo Australia, Bjarnesen says he had earlier broken free of the violent relationship, before being coerced to return as his partner threatened suicide if he didn’t.

By talking about his own story, Bjarnesen is hoping that not only will more LGBT+ survivors come forward, but that the way in which services for domestic violence survivors will change.

“The gendered nature of the DV sector doesn’t always work for LGBTI people seeking help because the [support] services available are generally aimed at female victims and children,” Bjarnesen says.

The Queensland police officer points to research showing that domestic violence occurs in same-sex relationships at a greater rate than in opposite-sex couples. “It happens at greater levels in our relationships, unfortunately.”

“Contemporary research indicates that the majority of LGBT+ communities still avoid contacting the police even if they are victims of domestic violence or crimes,” Bjanesen says.

Mr Bjarnesen says he wants LGBT+ victims of domestic violence to know that they will be supported by police and service providers.

“Even if they [victims] do realise they are a victim, they may not think there is support out there for them.”