Despite living in a predominantly Buddhist country, and contrary to the majority opinion among believers and the Buddhist hierarchy of his country, the Thai monk Shine Waradhammo has become a defender of the legalisation of abortion and the rights of the LGBT+ community in Thailand.

Dressed in the characteristic monk orange robe, the 50-year-old monk lives in a humble cell, in a temple in the north of the city of Bangkok, and 30 years ago when he was ordained a monk, his vision of life was completely different.

“I had a negative view,” said Shine in a local media where he regularly writes about his affairs.

Thanks to learning more about these topics, he has changed his mind and places a multi-coloured flag of the LGBT movement on a small Buddha statue.

“I realized little by little that the issue of LGBT and abortion is related to gender discrimination (…), with prejudices imposed by society.”

In a country where many think abortion is “sin” and LGBT people are like this because of their bad karma accumulated in past lives, the progressive opinion of this monk is almost subversive, mainly among the Buddhist hierarchy.

Shine insists that the monks are free to speak on these matters, although he acknowledges that the superior of his temple does not use the internet and that is why he has not read the articles in which he expresses his opinions against patriarchal society, from which he believes that they arise. prejudice against women and LGBT people.

The religious monk, who also teaches Buddhism at a local school, claims that school books said that LGBT people have trouble controlling their emotions until the tomes were corrected a year ago.

Also in Buddhist writings, there are stories that can be used for or against the LGBT community. A negative example in the Buddhist tradition is that of a disciple of the Buddha named Ananda, who is said to have committed adultery in a past life and spent several existences in hell before being reborn as “pandaka” (a word from the Pali language meaning homosexual or transsexual) to atone for their bad karma. 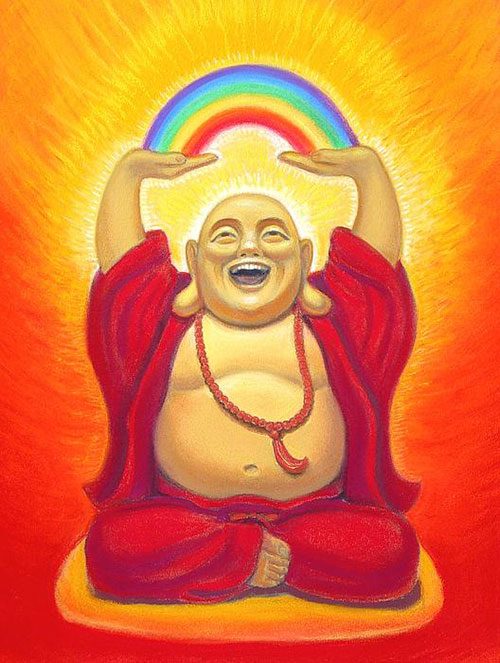 LGBT people are forbidden by the Buddhist authorities to ordain themselves as monks and, although they are tolerated, they regularly suffer discrimination in schools and when looking for work.

Shine stresses that, “As a monk, I believe that the Buddhist teachings should be interpreted in accordance with social realities. If they are not interpreted in this way, they are useless.

“Between people and religion, people should come first. We should try to free people from their suffering.

“If we want to protect these teachings, we have to find a way to interpret them according to the life and customs of the people, ” added Shine.