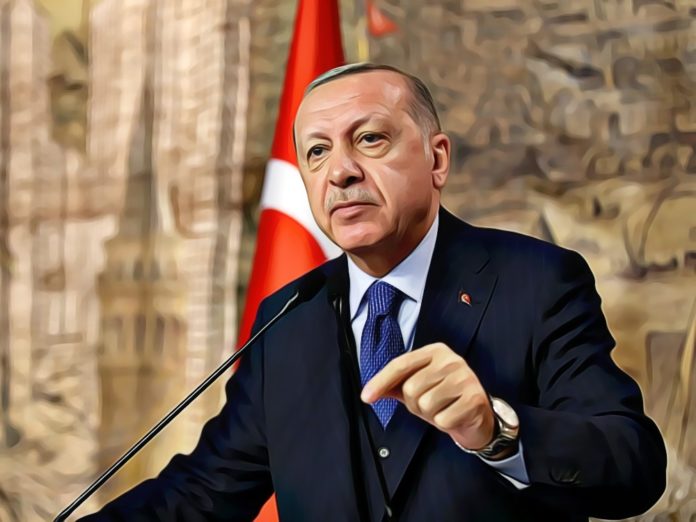 Turkey’s President has launched an attack on members of the LGBT+ community in a public speech where he defended homophobic comments by the leader of the Turkish version of the Red Cross.

President Recep Tayyip Erdoğan accused LGBT+ people in his country of “sneaking up on our national and spiritual values again” and claimed queer folks “throughout human history” have been “trying to poison young people.”

The speech was delivered to the majority-Muslim nation after he held a meeting with his cabinet and echoed the rhetoric of religious conservatives.

“I invite all members of my nation to be careful and take a stand against those who exhibit all kinds of heresy that our Lord has forbidden, and those who support them,” Erdoğan said

“Our nation has the power to fight attacks targeting its national and spiritual structure.”

Erdoğan also took aim at queer allies, stressing that folks who support “such marginal movements contrary to our faith and culture are partners in the same heresy in our eyes.”

The rant erupted after the head of the Turkish Red Crescent Kerem Kinik which is part of the International Red Cross and offers humanitarian aid, was apparently ticked off about Pride Month and vowed to never let the LGBTQ community “step on human dignity.”

Like Erdoğan, he tried to blame queer folks for somehow harming children, according to Reuters.

“We will protect nature and the mental health of our children,” Kinik wrote.

“We’ll fight against those who violate healthy creation, who make abnormal look normal by using their power of communication, and impose their paedophiliac dreams cloaked as modernity on young minds.”

The International Federation of Red Cross and Red Crescent Societies (IFRC) fired back, saying, “The views expressed by Dr. Kinik do not represent the views of the IFRC: these words are both wrong and offensive.”

The group added, “The IFRC has a clear code of conduct which forbids any form of homophobia, hate speech, or prejudice, and all staff and representatives are bound by that code, including Dr. Kinik.”

That response triggered a back-and-forth featuring Kinik and the Erdoğan administration.

Fahrettin Altun, who serves as Erdoğan’s communications director, tweeted, “LGBT propaganda poses a grave threat to freedom of speech,” and he then attacked the IFRC as being “complicit.”

Altun added, “We won’t be silenced!”

Kinik then added, “My personal views from yesterday is to advocate for protection of our children from any harm. I trust this is our responsibility towards their silent scream.”