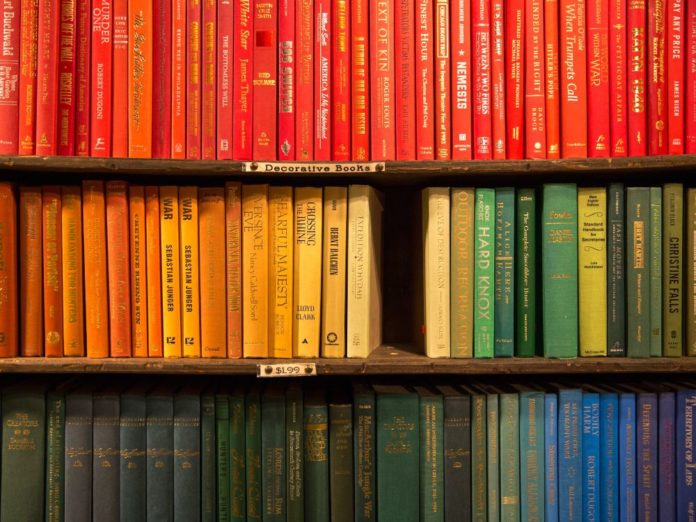 InsideOUT announces the third annual Out on the Shelves campaign is here, running from 17 August to 30 August.

InsideOUT is a national charity focused on rainbow young people in Aotearoa New Zealand having a sense of belonging and safety in their schools and communities. This year Out on the Shelves coincides with the first national Schools Pride Week running from 24th-28th August.

“The latest Youth’19 research shows that depressive symptoms have increased for rainbow young people since 2012 and they are still far less likely than other young people to feel a sense of safety or belonging at school,” says InsideOUT Managing Director Tabby Besley. “Visibility and representation can make a difference to a young person’s wellbeing and a sense of inclusion. Out on the Shelves provides a small, accessible way for any school or public library to show support for their rainbow students and normalise their identities.”

The Out on the Shelves campaign is an opportunity for schools and community libraries across Aotearoa New Zealand to promote more visibility and increase literacy amongst young people. During this annual event, InsideOUT encourages libraries to build and promote their rainbow collections, celebrate rainbow stories and help connect rainbow young people with these stories and with each other.

As part of the Out on the Shelves campaign, InsideOUT is hosting two exciting online events. The first is a Zoom/FacebookLIVE Author Event featuring four authors from Aotearoa New Zealand’s rainbow community taking place on Wednesday 19 August from 5:30pm – 6:30pm. Poet essa may ranapiri, memoir-writer Lil O-Brien, poet Hera Lindsay Bird and comic/illustrator Sam Orchard will be sharing pieces of their work as well as answering questions from the online audience.

The second event is an InstagramLIVE Poetry Event taking place on Wednesday 26 August from 5:30pm – 6:30pm, with young people across Aotearoa New Zealand encouraged to share a piece of their work across the platform.

This year, InsideOUT is also running a rainbow writing competition. Young people aged “16 and Under” and “16-24” can enter with a rainbow-themed poem or piece of flash fiction for the chance to win a $50 book voucher courtesy of The Women’s Bookshop and a copy of ‘Not That I’d Kiss A Girl’. Shortlisted pieces will be featured in an Out on the Shelves zine, as well as being featured on the website. Entries are open until 30 August and young people across the country are invited to take part.

To support libraries with their promotion of rainbow books, InsideOUT distributes free bookmarks to libraries, schools and individuals, with over 140 libraries having ordered so far this year. There are 8 double-sided bookmarks available, with each bookmark representing a different spectrum of rainbow identity. Posters of rainbow book lists are also available to be downloaded from the website. Libraries are encouraged to take part in the Out on the Shelves display competition by creating displays of their rainbow book collections and submitting photos of their entries. Due to the recent Alert Level 3 closures of some schools and libraries in Tāmaki Makaurau Auckland, the 2020 display competition will be extended until 25 September.