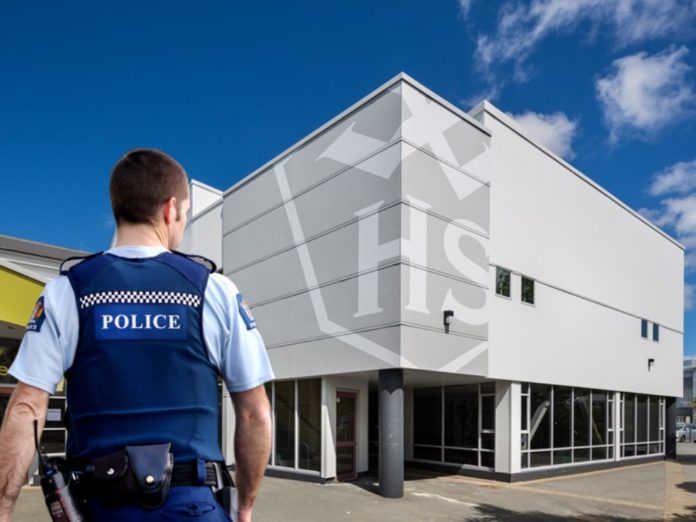 Police have dismissed claims that the threat of a shooter targeting LGBT+ students after they were made on social media.

Stuff is reporting a student has allegedly tipped off the school and police to messages from a person, that does not attend the school, who was reportedly planning a school shooting.

Police have confirmed that the threat was not targeted to LGBT+ students as was previously reported by Stuff.

Neither the police nor the school has confirmed a link between the student’s tip and today’s lockdown, however, Police have said the lockdown was in response to threats made on social media, and they were talking to two people in relation to the incident.

Instagram messages between the alleged would-be shooter and another person, that have been seen by Stuff, reportedly suggest the alleged shooter planned to share the incident on Facebook saying, “I can’t wait I’m soo excited.”

It is also alleged his public Instagram page, which has since been taken down, included white supremacist imagery.

Among the posts was a picture of the Australian man who conducted the Christchurch mosque shootings – posted on Thursday morning – as well as a rifle and bullets being held in someone’s hand, posted the night before.

Another student at the school told Stuff the alleged would-be shooter had been posting on social media about having a gun and bullets and being a “Nazi”.

A message on the School’s website appeared early afternoon explaining the situation was now under control.

“Police received credible information this morning about a threat to the school which is why we asked students to stay in classrooms. The situation we were managing has now been resolved with police support. All students, staff and persons on-site are safely accounted for. Everyone did extremely well and responded to instructions. I would like to personally thank you for your support and trust during this difficult time. Ngā mihi – Dominic Killalea, Principal”

”This is a tough time but I know Dominic and the team always have the wellbeing of students, esp LGBTQI, at heart. And we all need to stand strong against bigotry and hatred,” he wrote.

Sending my aroha to all at Wellington High and whanau. This is a tough time but I know Dominic and the team always have the wellbeing of students, esp LGBTQI, at heart. And we all need to stand strong against bigotry and hatred. Kia kaha https://t.co/wKaeHuVY1s