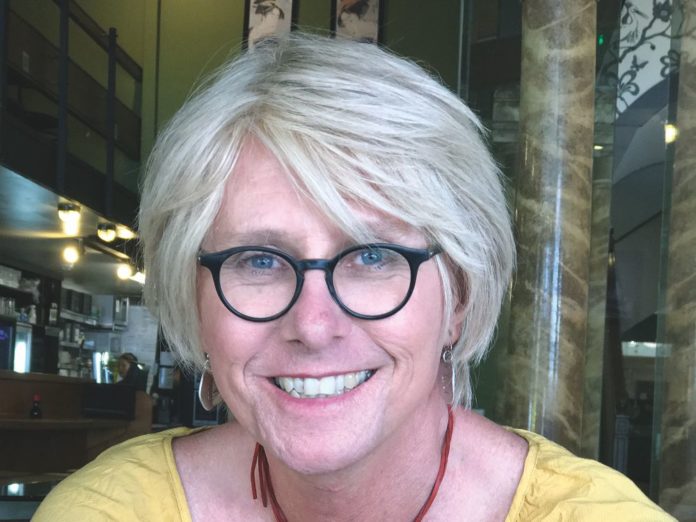 Multi-award-winning children’s author (Old Huhu), Kyle Mewburn, has penned her first autobiography, Faking It – My Life in Transition, a candid, funny and emotionally powerful memoir about growing up transgender in ‘60s Brisbane. The South Island-based author talks to Demi Cox about making a trans narrative relatable to cis-folk.

What does a day in the life of Kyle Mewburn usually look like?

I’m allergic to routine, so the timing of my days fluctuates enormously. I never set an alarm unless I have to be somewhere at some unnatural hour. I’ve also finally accepted I’m more Hare than Tortoise, so tend to have periods of intense activity followed by extended periods of just meandering through days.

I’m a natural early-ish riser, so am usually in my upstairs office before eight, often earlier. When I started writing full-time I did just that – writing for eight to ten hours a day. Nowadays my brain is turning to custard by lunchtime. My wife, Marion, is a keen cook, so she generally whips up something nice.

After a leisurely lunch together I head into the garden. We have a five-acre lifestyle block with wavering levels of self-sufficiency. So there’s always more than enough to do just keeping up with everything. Toss in a regular building project or two, chicken dramas and my obsession with garden expansion or ornamental follies, and I’m quite relieved when I can end my day with a clean conscience. (Though increasingly my afternoons are interrupted by a necessary nap.)

Marion’s often in her studio when I’m done. In summer I wander down to the creek for a swim or sit on the deck with a cold drink. In winter I crank up our wood stove and read… with a glass of wine, or two. We eat late, chat a lot and sometimes fit in an episode of some TV series or even a movie. I’m generally out like a light, with Marion still reading or interesting besides me.

How do you set yourself up for a day of writing?

Coffee, mostly. I turn on the filter machine on my way to the bathroom and pick up a mug on my way up to my office, stopping along the way to brush and feed our cat, Monty. Once I’m at my computer, I check social media, answer urgent emails then start writing. If I’m mid-project the writing tends to kickstart easily after a night subconsciously (or otherwise) mulling over it. I’ve also taken to using the old writer’s trick of stopping each day’s writing mid-scene so there’s a fully-formed few paragraphs to jump right into.

If I’m trying to start something new, I flick between ideas, half-finished stories or unsatisfactory first drafts until something starts to spark. A frustrating process that can take quite a while. 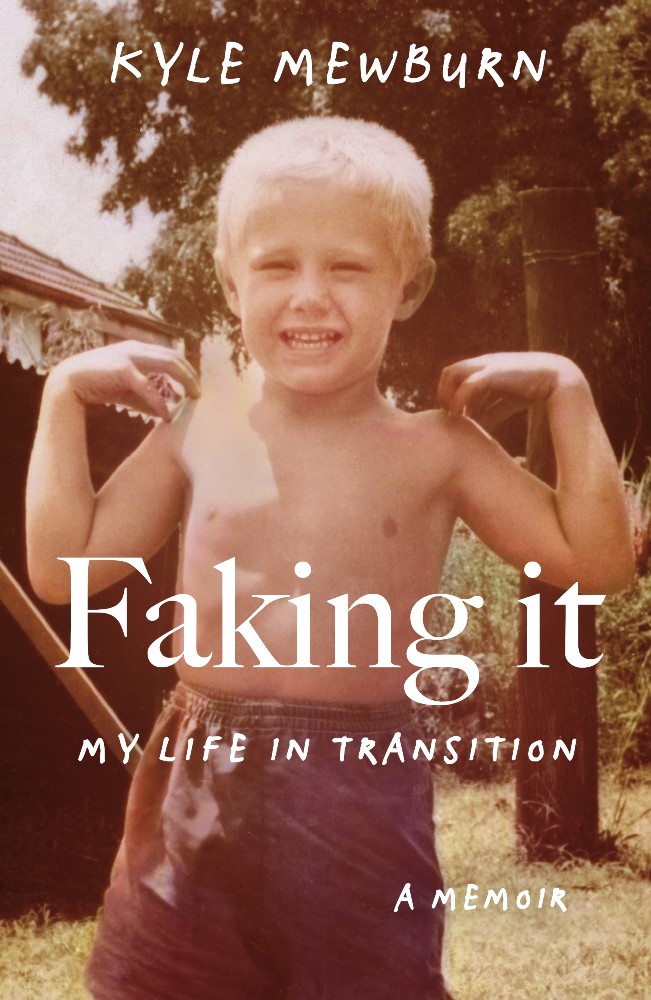 Your memoir ‘Faking it: My Life in Transition’ is a beautifully queer read. What was your inspiration for writing it?

Thank you! As a writer, I always assumed I’d write my story eventually. But I assumed eventually would be a dozen years down the track when I was famous enough to warrant a full-blown autobiography. When Claire Murdoch of Penguin Random House suggested I write my memoir, I was excited and chuffed, of course. She’d followed my Facebook blog covering the period from my coming out, to my first months living full-time after returning from facial feminisation surgery in Argentina. She convinced me that telling my story was both important and timely. She was always confident in my ability to write an engaging and witty account.

Naturally, I discussed it with Marion first. Unless she was fully on board, there was no way I was going to proceed. Not everyone can deal with having the intimate details of their life aired in public. She wasn’t just supportive, she was also convinced it was necessary.

Personally, I wanted, or at least hoped, to… I dunno… maybe explain myself in a way that was relatable to cis-folk in a narrative that was both engaging and funny. Being trans was, after all, only part of my story. Ultimately though, being offered the opportunity to share my story was inspiration enough.

What kind of challenges did you face while writing your memoir?

In the eight years between coming out to Marion, and coming out to the rest of the world, we’d unpacked most of the emotional and psychological baggage of my fake life. So writing my backstory wasn’t especially challenging. I treated it like I would any other narrative. Or tried to, at least. Though having said that, it was often emotionally draining to sift memories for the kind of telling details that bring scenes alive for the reader; or to interrogate my responses to ensure they were being entirely truthful.

The biggest challenge was ultimately writing about my today. My attitude and approach to the whole notion of being trans kept evolving throughout the writing process. Each unexpected encounter – especially the (thankfully rare) traumatic ones – forced me to constantly reassess my own standpoint. What did being trans mean for me? How should I be? What the fuck was I doing? It’s an ongoing process even now.

Were there any parts that you enjoyed writing, that surprised you in a way you least expected?

Writing my memoir was, overall, a surprisingly enjoyable experience. My career has largely been built on metaphorical minimalism, so it was such a pleasure to give my words full rein. I relished every lyrical description and complicated pun. I would often leave my desk smiling at something I’d written that morning and couldn’t wait to share it with Marion.

In Primary School I only read the boyest of boy books. I was terrified of drawing any undue attention to myself. It was also somewhat anthropological. I was keen to expand my understanding of how real boys acted. I read a lot of adventure stories – including the entire Willard Price series. I was also attracted to stories with gangs or brothers solving mysteries – like the Three Investigators series.

In High School, I alternated between Agatha Christies and sci-fi, especially stories involving some element of transformation or metamorphosis. Like John Brunner’s The rites of Ohe in which benevolent aliens ‘salvage’ a human and genetically alter him… with unexpected consequences.

The title of your memoir perfectly captures a lived trans experience. Can you share with us a bit more about what ‘Faking It’ has meant to you?

Initially, it was all about trying to adapt to my unwished-for reality so that I might survive unscathed. Over time my fake persona became a suit of armour – safe but impenetrable. For most of my life, I felt like one of those deep-cover Russian moles in old spy thrillers. Every waking moment is a lie, yet you must – for the sake of your mission and your sanity – find some value in playing your role. Occasionally your double life requires you to take risks, whether to advance your cause or temporarily pacify the wistfulness gnawing away at your soul. While you’re painfully aware your fake life is a betrayal of yourself and everyone who falls within your web of deceit, there are more powerful forces at play. A greater cause.

Except I wasn’t a spy. And there was no greater cause. 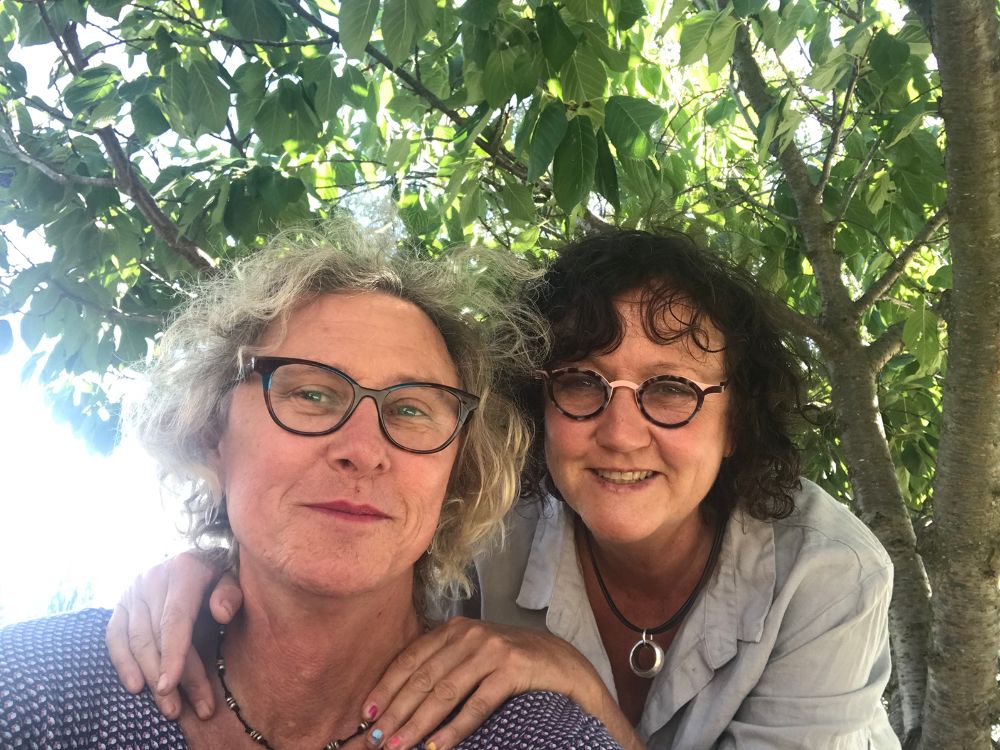 How did you feel when you ‘put the pen down’ so to speak, and sent off your final draft to the publishers?

Giving my final draft to Marion was way more stressful, I gotta say. Editors are always very kind and supportive. But it was certainly a relief to finish. The manuscript went through a rather long and extensive re-writing process. My first draft was twice as long as the final version. My publisher told me to “write long”, so I did, knowing full well only the most essential and relevant scenes would be retained.

I certainly felt like a weight had been lifted when it was all signed off. It felt kind of like I’d confessed all my sins and received absolution. Or perhaps more accurately I’d presented an extensive case for the defence and pronounced myself not guilty.

I was also rather relieved and excited to finally be able to move onto a new project.

You are quoted to have said that writing books for children is your dream job, something that you have made a career out of. Can we expect to see ‘your life in transition’ reflected in any future projects?

That’s a tricky question. On the one hand, I would, of course, like to write stories with diverse characters in general, and characters that reflect my own experience of being trans, in particular. In fact, my initial response to my coming out was to write a picture book text which ‘explained’ how I felt in a very metaphorical, poignant way. Sadly the story hasn’t been able to find a home.

On the other hand, my stories seem to spring from mysterious fountains, unbidden. I’d be loath to shoe-horn a trans character into a story unless it felt entirely natural. I think the main change is that I’m more open to the notion and won’t detour around a trans character. Recently one character in a middle-grade novel revealed herself to be trans – rather unexpectedly. And my current WIP includes non-binary main characters, though seeing as they’re not actually human, I might be fudging it a little.

What kind of advice would you give to your 18-year-old self?

In a way, I’d like to think I might tell my 18-year-old self not to be so afraid. My inner turmoil, which at times felt utterly terrifying, wasn’t cause for such angst. That my demons could be slain, or at least pacified if I accepted myself for who I truly was. But really, Brisbane in the ’60s and ’70s was a scary place. As a trans woman, I had every right to be terrified. Especially as there was so little information available.

Ultimately I guess I’d just warn my younger self not to allow my secret to put a ‘do not cross’ cordon around my heart. There is someone out there who will love you for who you are. So be brave and try to be the best you that you can be. Whatever you do, don’t let your truth turn toxic. And if you find love, don’t screw it up.

Faking it: My Life in Transition is available in paperback and ebook now.