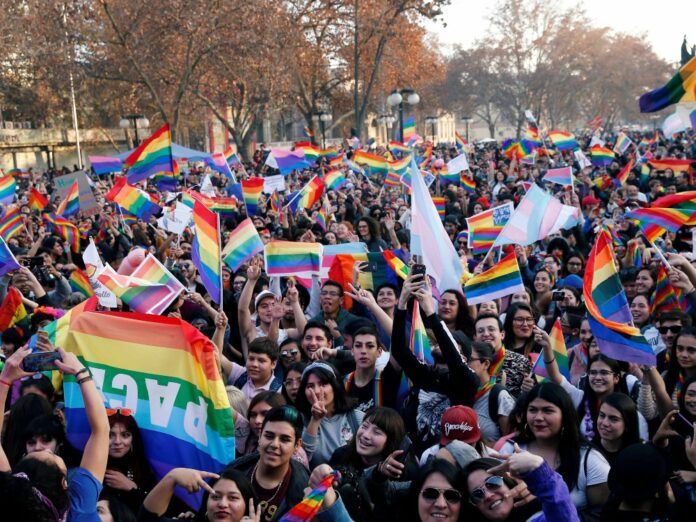 Despite uncertainty around the upcoming presidential elections, Chile has taken a major progressive step forward and voted to legalise same-sex marriage.

The historic bill, which was moved forward by Chile’s current President Sebastián Piñera after it had been stuck in Congress for the last four years, was approved by the lower house 97 to 35 and has now passed in the Senate 82 votes to 20.

The announcement of the vote was met with a standing ovation in Congress.

The bill will now make its way to Piñera’s desk for signing and will become law within 90 days, making Chile the 8th Latin American nation to legalise same-sex marriage.

Diego Ibáñez, who is a member of Chile’s lower house, praised the vote, writing on Twitter, “Today we pass marriage equality! What happiness to be able to pay off a historic debt and give justice to people who have built their families around love.”

“Love is love and that is why we will continue working to live in a Chile without discrimination. There is still a long way to go!”

Miguel Crispi, another member of the lower house, added “When you form the family you always wanted and nobody imposes on you what love is, you feel free. We advance in rights and true freedom. We cannot go back.”

Despite the positive and progressive step forward for Chile, the nation is also facing uncertainty and a sense of apprehension ahead of the upcoming December 19 presidential election between far-right populist José Antonio Kast and left-wing candidate Gabriel Boric.

With current polling showing an extremely tight race and an initial vote on November 21 showing Kast receiving 28 per cent of the vote and Boric receiving 26, neither candidate would receive the 50 per cent required to win.

Boric is seen as a supporter of LGBTQ+ rights. However, Kast has been known to vocally oppose the rights of the rainbow community, along with opposing abortion rights, and has defended the country’s Pinochet dictatorship.