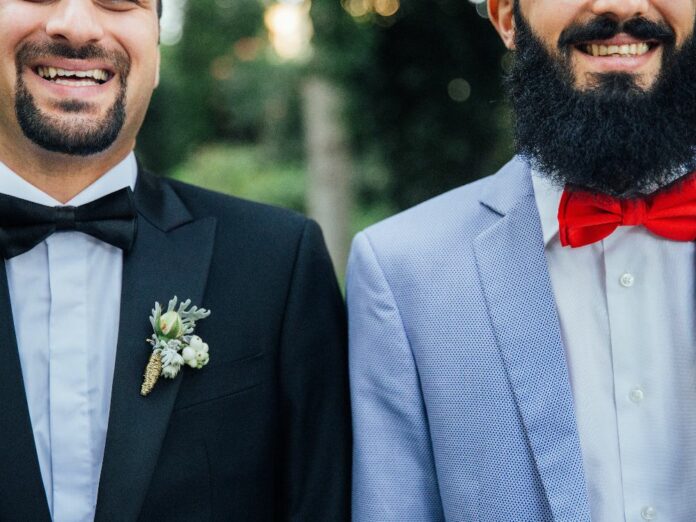 Valentine’s Day is one of the most artificial “Give Us Your Money” holidays we have, but it does speak to a very real human need, to love and be loved, to be known on a deep, intimate level by another human being. And it’s here again.

In spite of all the commercial crap around it, it works because love matters a lot to most people. So many people are single who don’t want to be. Especially in our queer world and I think that is mainly because there aren’t that many of us.

Consider the numbers. Most research supports the view that gay men make up around 6% of the general population. Queers in total, about 12-15%. Imagine you’re at a party of one hundred people, and there are only five other gay men with whom you could be in a relationship. Then take into account factors like age, education, family background, money… and HIV status.

Living through the 80s and 90s with HIV meant that to me, dating, let alone finding someone to be my life partner, seemed a futile, impossible thing to attempt. Who would want to fall in love with sickness and death after all? And that’s what I thought I embodied.

I looked like I had AIDS for a lot of those years. The weight loss, the weakness, that “look” which was so common among us positive people back then.

When do you disclose your status? Before you go on the first date, I learnt. Telling him over the third beer or dessert, just meant you’d never hear from him again.

I desperately wanted a man to love and to be loved by, but it just seemed too hard. Looking back now I can see there were some men who were interested, in spite of my status, but I couldn’t see that at the time.

Dating was never really a thing when I was growing up gay in the 70s. We hooked up, had sex, had fun, and for some that turned into something more long-lasting, but that was seldom the case for me.

I had close, intimate friendships that I treasured and continue to this day, and I had sex with men I’d never get to know – in saunas, picked up on the street, in parks, or bars. Putting those two things together seemed impossible, as much as I wanted it.

I was 55 when I met my fiancé by chance at the Big Gay Out. It was a real “Sliding Doors” moment. We’d already met briefly 20 years or so earlier, but not really known each other, and then he moved to London.

We were both lining up to get beers from the bar in adjacent queues, and he turned around, said my name and we started talking, exchanged phone numbers, and then we really dated.

It was the first time in my life that it had gone that way. No sex at the first meeting. Phone calls every night (he lived in Napier), texts through the day. Trips to visit and stay with each other. Eventually, he moved up here. If we hadn’t both gone to get a beer at the same time, I never would have met him.

So while Valentine’s Day is crass commercial exploitation of people’s need for emotional connection, it touches something very real for most of us. Loving and being loved is one of the great drivers of our lives. If you’re looking for it, be patient and open, because you never know when it might happen.