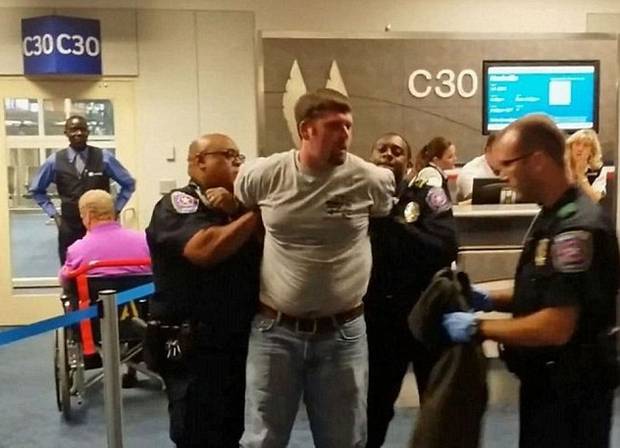 The man who launched an anti-gay attack on a fellow traveller at Dallas airport will not be facing jail time, but has been fined.

McCleish Christmas Benham, who launched a homophobic attack on a fellow traveller three days ago, has been fined US $1000. Benham had to be restrained by bystanders after he began punching and kicking a man he described as a “faggot.”

The attack was caught on camera and very quickly went viral. It has so far received more than 4 million views. Benham has now been charged with public intoxication and common assault, and will be fined $1000 rather than going to jail.

It was possible that Benham could have been charged with a hate crime, which would come with 180 days in jail and a larger financial penalty.

Witness Neal Kennedy said of the attack : “We saw a very troubled man. We hope that he was under the influence of some kind of substance – because if he wasn’t and that’s his true personality then he’s going to have a very long road in front of him.”