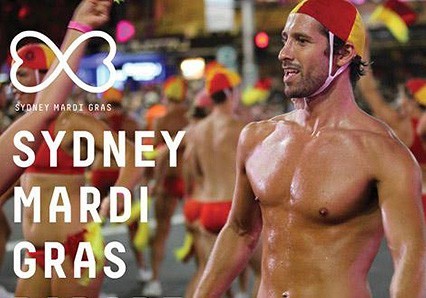 Early bird tickets are now on sale for the 2015 Sydney Gay and Lesbian Mardi Gras party, with prices starting at $79.

Party-goers will be treated to a rare tribute performance by superstar DJ, David Morales, who will be honouring the late, great Godfather of House Music, Frankie Knuckles, with a set inspired by the music, the life and times of Frankie. This very special Party set will invite audiences to once again share in the magic of Frankie, a Mardi Gras Party favourite, beloved by the community and whose music continues to unite dance floors around the world. Be part of this legendary musical journey, as told by longtime friend of Frankie’s and Def Mix family member, David Morales.

Multi-Aria Award winner, Paul Mac will be showcasing tracks from his much anticipated new album, which is set to be released just in time for Mardi Gras! Paul will be joined onstage by a number of vocalists featured on the album, plus will be performing some of his best known anthems with a 2015 twist. This unique (only at Mardi Gras) fusion of live performance mixed into DJ set will deliver! Stay tuned for more announcements on Paul’s guest vocalists!

Making their Australian debut will be powerhouse collaborators, Bent Collective, made up of two of Europe’s biggest DJs and producers, Danny Verde (Italy) and Steven Redant (Spain). The duo act has been headlining major parties around the world, including White Party and Black & Blue Party and will now be bringing their high energy show to Mardi Gras!

NYC based production team, The Carry Nation, will be sharing their unique and exciting NYC house and underground sound with partygoers. The duo, made up of Nita Aviance and Will Automagic are both noted producers in their own right and are best known for their track, ‘This Bitch Is Alive’.

Other Australian acts include stunning Mardi Gras Global Ambassador and finalist in Ru Paul’s Drag Race season 6, Courtney Act, as well as Mardi Gras favourites, Kitty Glitter & Dan Murphy. Back by popular demand, and go-to DJ for touring international artists, YO! MAFIA, will be shaking up the dance floor with more of her party-banging talents and hip-hop flavoured tracks, plus stand by for the Mardi Gras Party debut of Mason Andrews!

Sydney Gay & Lesbian Mardi Gras CEO, Michael Rolik says, “The lineup for the Mardi Gras Party 2015 is already looking phenomenal and we have more exciting announcements to come. We have some incredible international acts, with several of the artists making their very first live appearance in Australia. I’m also thrilled to have so many of our brilliant homegrown talents on board for the party too. We’ve pulled together the best of the best in Australian DJ’s to make sure the energy remains high the whole night long”