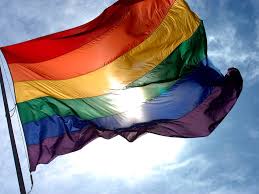 After an eight year legal battle, Richelle Menzies and Rhonda Bruce have won a judgment against a local councillor in Queensland who invited his small town to share his contempt for gay people.

The Guardian Australia reports that a state legal tribunal on Tuesday found Ron Owen broke state anti-discrimination laws by expressing his contempt towards homosexuals in a council report, a community newsletter and a website posting in 2005.

Owen wrote of homosexuals ‘preying on children’ and called for them to be banned from going anywhere near schools, scout halls, churches, government or railways.

While the comments were made against the gay male community, none of the men in the community lodged complaints, despite the offensive and highly inflammatory remarks.

“when it came to actually putting in a complaint, the boys in the community were scared, and they said that to us,” Menzies told Guardian Australia.

So instead, the battle was taken up by Menzies, a lesbian, and Bruce, a transgender bisexual.

The state tribunal has ordered Ron Owen to apologise for remarks. Stating that the apology must be “genuine, unqualified [and] in his own words” and be made by January 9th 2015.