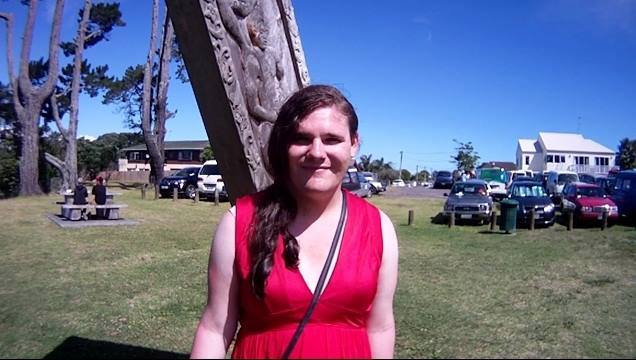 Transgender rights activist Eva Allan talks to News Editor Levi Joule about being bullied to the point of suicide by the same group behind Saturday’s Pride Parade protest.

Transgender rights activist Eva Allan has spoken to express about the bullying she has suffered by the ‘No Pride in Prisons’  group behind Saturday’s Pride parade protest.

Eva tells express that she has been the victim of a sustained bullying campaign over the course of the last few months by members of ‘No Pride in Prisions’ following her establishment of Trans Liberation Aotearoa, a group she was very soon forced out of after a dispute over a logo.

“They made accusations of cultural appropriation regarding my suggestion to use the raised fist and pink triangle in the group logo.”

Allan says she was also ridiculed for suggesting participation in this year’s parade. “I suggested they be part of the pride parade rather than disrupting it. I even submitted an entry for them.” That idea was flatly rejected by the group.

“Things got particularly nasty after I made critical comments in response to the parade protest. They circulated a malicious Facebook post where they had a screen-cap of a political post I had made condemning the groups disruption of the parade and started sharing it around and adding comments about me being a ‘brocialist’ and such.”

“When the post showed up on my timeline I was so upset that I was close to suicide.”

When members of the ‘No Pride in Prisons’ group was informed of Eva’s distress, the response was less than sympathetic.

One member said: “I’m pretty much beyond caring – describing the “verge of suicide” as if it’s a shocking, unusual place to be speaks to me about a very particular kind of privilege.”

A link to the response can be found here

Eva has since withdrawn from activism as a result of the abuse.