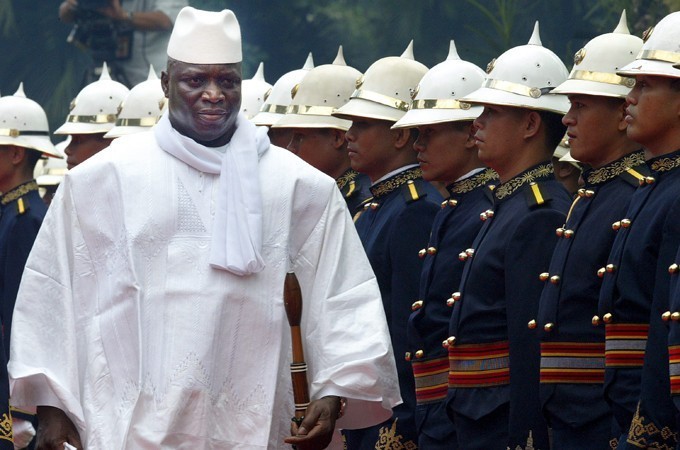 Gambian President Yahya Jammeh has threatened to slit the throats of gay men in a recent speech.

Addressing an audience last week in the town of Farafeni as part of a nationwide tour, Jammeh said, “If you are a man and want to marry another man in this country and we catch you, no one will ever set eyes on you again, and no white person can do anything about it. I will slit your throat.”

The recent remarks are not the first time Gambia’s President has attacked homosexuality.ibtimes reports that Jammeh has made violent comments targeting the country’s gay community before. In 2008, he threatened to behead them.

In 2014, at a speech on the country’s independence anniversary, he compared gay people to vermin — comments that U.S. Secretary of State John Kerry said left him “deeply troubled.”

In 2013, he questioned why he had never seen a “homosexual chicken, or turkey” in a statement in parliament: “Homosexuality is anti-god, anti-human, and anti-civilization. Homosexuals are not welcome in the Gambia. If we catch you, you will regret why you are born. I have buffaloes from South Africa and Brazil and they never date each other. We are ready to eat grass but we will not compromise on this.”