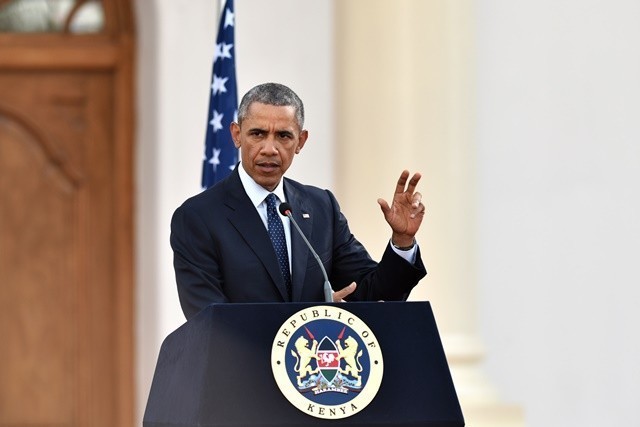 United States President Barack Obama has clashed with Kenyan President Uhuru Kenyatta on the issue of GLBT rights at a recent press conference.

Barack Obama has spoken movingly about the cause of gay rights, comparing the fight for GLBT rights in Kenya to the battle against slavery and segregation in the USA.

The US President said that he was “painfully aware of the history when people are treated differently under the law. “That’s the path whereby freedoms begin to erode and bad things happen. When a government gets in the habit of treating people differently, those habits can spread.”

However, Mr Obama’s attempt to discuss the issue was rebuked by the Kenyan President Uhuru Kenyatta who called GLBT rights a “a non issue”

“I repeatedly say that for Kenyans today the issue of gay rights is really a non-issue. We want to focus on other areas…maybe once, like you, have overcome some of these challenges, we can begin to look at other ones, but as of now the fact remains that this issue is not really an issue that is at the foremost minds of Kenyans and that is a fact.”