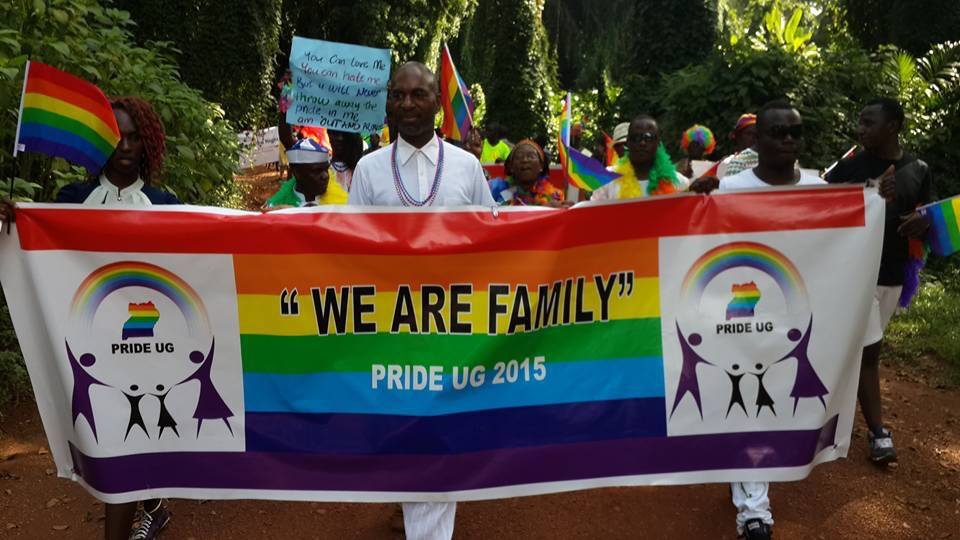 A group of GLBT Ugandans bravely marched in their very own pride parade, despite the risk of imprisonment.

At a secluded beach in Entebbe, on Lake Victoria just outside Uganda’s capital Kampala, a group of about 70 GLBT Ugandans, holding banners including “I have a relationship with Jesus and I’m gay”, marched a short distance as music blared out Reuters reports.

The parade took place, despite the participants risking imprisonment.

The parade is part of a week long Uganda pride festival which includes film screenings, a cocktail party, a (discreet) parade and a Mr and Ms Pride contest.