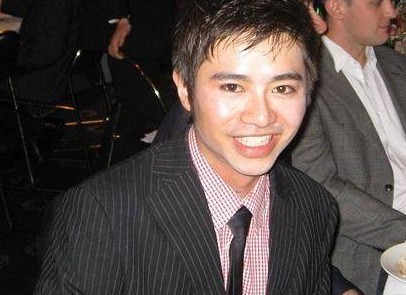 Max Lin writes from his unique perspective as a gay Taiwanese migrant, on the issues the GLBT community must still address in order to become more inclusive.

Moving to New Zealand, at the age of six, was probably the single most life-changing moment in my life. People tend to underestimate the power that moving to a new country can transform someone. I cannot conceptualise who I would be. I probably wouldn’t be able to speak English, have the same opportunities, and I wonder if I would even be able to acknowledge that I am gay – to myself, my family, and to my friends. For this, I am grateful – one of the proudest moments is when I walked across the stage in the town hall and became a New Zealand citizen.

I love this country and I believe we can make it a better place.

Being ‘gay’ and ‘Asian’ while growing up in New Zealand has often required me to navigate the demands of multiple ‘identities’. However, I struggled as I tried to capture to complexity behind what it even means for someone just to be ‘gay’ or ‘Asian’ in New Zealand. I want to believe that my experience is not merely the product of reductive notions of each community. I wondered in what ways self-identification is an intrinsic part of who we are, or simply an insidious process of unconsciously trying to perform the expectations of those identities.

It might be easy to come to the conclusion then, that labels are meaningless – that somehow we are all individuals and equal. I wanted to believe that labels are just fictional constructs; that I am free to be who I am – but I know this is not true.

Labels are just a way we relate to the world. They might be illusionary, but there effects are nonetheless very real; they are externally imposed on you beyond your own control. It is more convenient to put people into discrete categories. All you have to do is look at the marriage equality debates when Asian or Indian MPs tried to claim that their constituents hold conservative family values and are against marriage equality, as if one could not be gay and Asian and a New Zealander.

So what happens when these identities intersect?

Many in the queer community have quite legitimately pointed to the fact that sexuality is fluid. We want to believe this idea that we are free and can be who we are, that we are somehow the masters of our own destiny. Nothing elucidates the constructed nature of this more than the process of coming out, which is a process of ‘discovering’ one’s identity; almost as if it there was an authentic self always there waiting to be uncovered. When one starts questioning their sexuality, the first person which a gay man comes out to is himself. With that process of discovery requires coming to terms not just of their attraction or gender identity but the association which the label carries. While no one really ‘chooses’ to be gay in the same way we cannot simply will ourselves into becoming a different person; in a way coming to terms with our sexuality is a choice. We welcome that process, not really thinking about what it means to opt-into a ‘gay’ culture and identity, or question how free we are within it. It is no coincidence that many who are gay first comes out as bisexual, or even say the contradicting statement that ‘I am not that gay’, trying to disown an externally imposed set of norms. What is preventing many from coming out is not just homophobic people, but expectations of our community. It is important that we question the stereotypes we hold about others but also ourselves and delve into the societal reasons for individual choices. Labels and identities are at the end of the day, a produced obviousness.

The irony of the gay community, and sometimes this magazine is no exception, is that as a group we can lack a degree of self-awareness in our participation in producing a similar oppression on other groups of people.

Unfortunately, there is no easy way to communicate this – pinpointing to individual accounts of inequality in our community can appear petty and even antagonising – but I ask that people try and look at the greater context. For example, the gay community tends to be active or complicit in the sanitisation of the role which characters of colour have played in its history, most recently in the Stonewall movie. In media, Asian males are consistently underrepresented or even absent in terms of the portrayal of beauty standards, in movies, music industry and advertisement – and this is no accident. These images are largely aspirational but play a significant role in the inclusiveness of the community.

There is also a significant lack of queer role models of colour – in politics or business. Furthermore, political capital is always fixed around marriage equality, and little attention is often shed on the transgender community; queer people are still over-represented in statistics on homeless, mental health and drug use, and this is not being addressed adequately. These are the most vulnerable without a voice, and after marriage equality many have lost the will to address this. Unequal laws such as the criminalisation and travel bans and discrimination for those with HIV tend to prevent their full participation in the community. Pride, which used to be a point of resistance against oppressive social structures, have been co-opted by big corporations. Corporations will never sponsor political change, they are not a progressive institution because they cannot afford to be controversial. This means if our ‘activism’ depends on corporate sponsorship we can never be pushing boundaries and be at the frontlines of social change and inclusiveness.

It is time we started actively questioning what the gay community is, how inclusive it is, and genuinely start talking about less ‘obvious’ harms in our community post-marriage equality. It is true an individual cannot fully discount their agency, but their experience is framed by the wider community and we must acknowledge the role we play in shaping individual decisions. It may be an unrealistic expectation that any community will ever be fully inclusive, but it is not an unreasonable expectation that we become aware of the consequences of our actions and take steps towards that goal.

You can read more of Max Lin’s work at www.maxwelllin.com