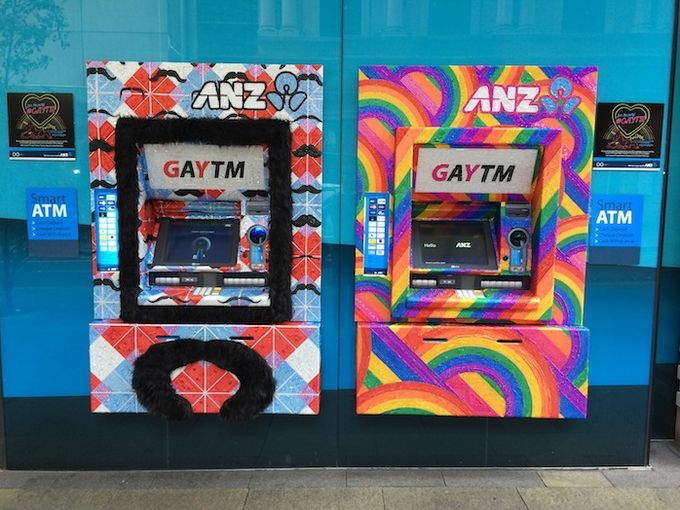 ANZ’s ‘GayTMs’ will return to Auckland and Wellington in 2016.

The machines will return to downtown Wellington as well as downtown Auckland and Ponsonby.

The Ponsonby store’s machine was vandalised in 2015 by a group calling themselves ‘queers against injustice’ who alleged that ANZ was engaging in “pink washing” – a term used against corporations engaging in GLBT causes.