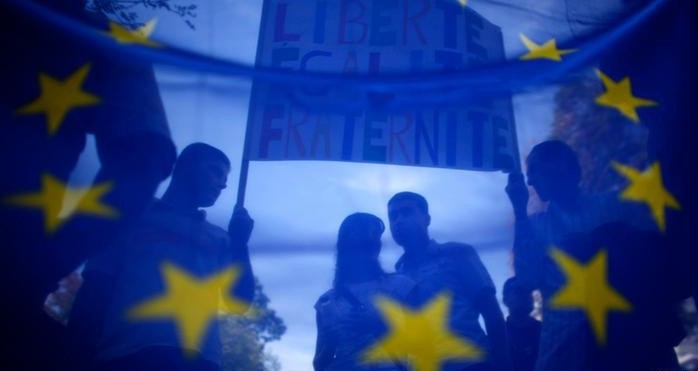 Bosnia’s gay community are hoping the country’s bid to be a part of the European Union will help bring an end to anti GLBT violence.

Bosnia’s EU bid has brought the nation’s  human rights record under greater scrutiny, with the European Commission releasing reform guidelines in November, which included  a warning that the country’s approach to GLBT rights must be improved.

“Coming out is one of the biggest problems for GLBT people. Our parents’ generation are very close minded,” Ivan, who did not want to use his real name, told the Thomson Reuters Foundation during an interview in a cafe in Sarajevo, Bosnia’s capital.

“Most people keep their sexuality a secret. The situation in that way is not great. There is lots of discrimination here.” told Reuters.

A poll by U.S. pro-democracy organization NDI Democracy, conducted in the summer of 2015, asked people in Bosnia what they would do if they found out their child was homosexual.

The most common answer – from 44 percent of respondents – was that they would try to help “cure” them. The next most popular answer, at 11 percent, was to stop communicating with that child.

Anti GLBT violence has also been a significant issue in recent years for Bosnia’s gay community.One of the most high-profile attacks took place at the 2014 Merlinka Film Festival, organized by the GLBT rights group Sarajevo Open Centre. A group of around 12 masked men interrupted the event, injuring three people. There have, so far, been no criminal prosecutions.

In early November, Ukraine was instructed to pass legalisation protecting GLBT workers from discrimination as a prerequisite to visa free travel throughout the EU.